Boavista host away team Gil Vicente at Estádio do Bessa Século XXI in the Primeira Liga clash on Saturday.

Our full set of predictions, statistics and match poll for Boavista v Gil Vicente can be seen below (including the best match odds).

Boavista enter this fixture after a 1-1 Primeira Liga drawn result versus Tondela.

In that game, Boavista managed 64% possession and 18 attempts on goal with 4 on target. The scorer for Boavista was Jeriel De Santis (88'). At the other end, Tondela had 5 attempts at goal with 2 on target. Salvador Agra (71') was the scorer for Tondela.

Under three goals per game were seen in 5 of the last 6 fixtures where Boavista have been participants. Breaking down the goal weighting in this period, opposing sides scored an aggregate of 7 and Boavista managed the sum of 5.

Heading into this fixture, Boavista have not been beaten in their last 3 league matches at home.

Gil Vicente go into this encounter following a 3-2 Primeira Liga win versus Vitória Guimarães in their previous match.

In a total of 5 of the previous 6 clashes involving Gil Vicente, three or more goals have been struck. The overall average goals scored per match within that spell is 3.33, with the average number of goals for Gil Vicente equalling 2.17. That kind of pattern won’t necessarily be sustained into this match, though.

Looking at their past form shows that Gil Vicente:

A review of their prior head to head meetings going back to 28/02/2015 shows that Boavista have won 1 of them & Gil Vicente 3, with the number of draws standing at 2.

A combined total of 12 goals were scored between them in this period, with 4 for As Panteras and 8 belonging to Gilistas. That’s an average goals per game figure of 2.

The previous league meeting between these clubs was Primeira Liga match day 1 on 09/08/2021 when the final score was Gil Vicente 3-0 Boavista.

On the other side, Boavista had 13 attempts on goal with 5 on target.

The match was refereed by Cláudio Pereira.

Thanks to a largely healthy squad, there’s only the sole fitness worry for the Gil Vicente gaffer Ricardo Soares to be concerned about. João Afonso (Unknown Injury) won’t be playing here.

We’ve got the feeling that Gil Vicente and Boavista could end up without much reward for their efforts here.

We’ll have to see, but a draw might be on the cards. We’re therefore predicting a 0-0 score at full-time. 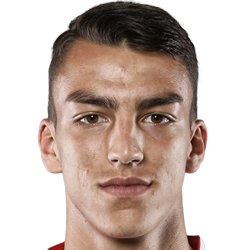 Mostly playing in the Striker position, Petar Musa was born in Zagreb, Croatia. Having made a first senior appearance for NK Zagreb in the 2015 - 2016 season, the gifted Forward has hit 5 league goals in this Liga Portugal 2021 - 2022 campaign so far in 13 appearances.

We have made these Boavista v Gil Vicente predictions for this match preview with the best intentions, but no profits are guaranteed. Please always gamble responsibly, only with money that you can afford to lose. Best of luck.