Santa Clara face off with visiting opponents Boavista at Estádio de São Miguel in the Primeira Liga game on Saturday.

Our Santa Clara v Boavista tips, poll and stats can be seen in full below (plus the best game odds).

Santa Clara will be looking for an improved result here following the 2-1 Primeira Liga loss in their previous game against Benfica.

It’s been all too rare in recent times where Santa Clara have managed to hold out for a full 90 minutes. The reality is that Os Açoreanos have been scored against in 5 of their previous 6 clashes, giving up 7 goals along the way.

Leading up to this clash, Santa Clara:

Following on from being defeated in their last game at the hands of Marítimo in Primeira Liga competition, Boavista and their travelling supporters will be hoping that they can get a better result in this one.

Jesualdo Ferreira's Boavista have fired home a total of 8 times in the course of their most recent sextet of matches. The total of goals that they have conceded during those same clashes adds up to 7.

An examination of their past head to head meetings dating back to 09/02/2003 tells us that Santa Clara have won 1 of these & Boavista 3, with the tally of drawn games standing at 2.

A total of 15 goals were yielded between them during those clashes, with 7 from Os Açoreanos and 8 for As Panteras. The average number of goals per game works out to 2.5.

The previous league meeting between the two was Primeira Liga match day 13 on 09/01/2021 and the score finished Boavista 1-1 Santa Clara.

In that game, Boavista had 59% possession and 13 shots on goal with 5 of them on target. Their only player on the scoresheet was Nuno Santos (20').

On the other side, Santa Clara had 6 shots at goal with 2 on target. Carlos Júnior (37') scored.

The match was refereed by António Nobre.

It’s a low absenteeism rate, with just one fitness concern for the Santa Clara boss Daniel Ramos to be concerned about from an otherwise complete set of players. Júlio Romão (Knee Injury) is out of contention.

We’re inclined to think that Boavista will really need to work well to breach the defence of this Santa Clara lineup who we think might well score & stay on top.

We’re going for a narrow 1-0 advantage for Santa Clara at the end of the 90. 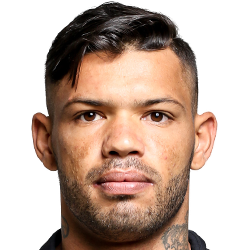 Typically taking up the Left Wing position, Carlos Júnior was born in Santa Luz, Brazil. After having made a senior debut playing for Atlético Mineiro in the 2013 season, the accomplished Forward has bagged 9 league goals in this Primeira Liga 2020 - 2021 season to date in a total of 27 appearances.

While we have made these predictions for Santa Clara v Boavista for this match preview with the best of intentions, no profits are guaranteed. Always gamble responsibly, and with what you can afford to lose. Best of luck with your selections.