This Internacional v Boca Juniors live stream video is scheduled for 30/11/2020. Supporters of the teams can watch the clash on a live streaming service if this match is featured in the schedule provided above. Here we give useful info for watching this Copa Libertadores match including the most recent team form, h2h clashes and our game tips.

To watch the match via other ways, check tv schedules relating to your locality. These broadcasting deals are typically allocted on a per-competition/league or even per-match arrangement basis. For games shown live on regional tv programmes, check the schedules on channels such as BT Sport, Amazon Prime Video, Sky Sports, Now TV, iTV, Canal+, Fox Soccer, ESPN that are relevant for where you are.

When the abovementioned broadcaster is providing Internacional v Boca Juniors football live streaming service, you’ll be able to see the game on your mobile (iPhone, Android including Xiaomi) and PC or tablet (eg iPad, Huwawei MediaPad).

After the match finishes, we might also link to highlights from time to time. We aren’t responsible for the transmission of any game video content linked to from this site. All legal issues must be directed to the hosters/owners of the content.

Boca Juniors will be back in action on Thursday as we near the imminent Copa Libertadores showdown versus Internacional.

Our full set of predictions, statistics and match poll for Internacional v Boca Juniors can be seen below - as well as up-to-date odds.

Internacional enter this fixture coming off the back of a 0-0 Serie A drawn game versus Atlético Goianiense.

Internacional have struggled with their forward play in more recent games. Their ‘goals for’ figure equals just 4 vs opposing sides during the course of their last 6 fixtures. In those games, Colorado have also seen the tally of goals against them come to 7.

Boca Juniors will go into the meeting following on from a 2-0 Copa de la Liga Profesional win with the eclipse of Newell´s Old Boys in their last outing.

A succession of dependable showings by the Boca Juniors defenders has seen the number of goals they’ve conceded amounting to 4 from their last 6 clashes in total. Over that same time, their own attack force has managed to score 10. Such a trend isn’t assured to be continued here, however.

Here is a game where Internacional will really need to work well to score goals against this Boca Juniors lineup who will likely score one, at least.

That’s why we have predicted a narrow 0-1 winning score for Boca Juniors at the end of this game. 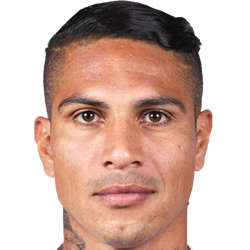 Typically taking to the field in the Striker position, Paolo Guerrero was born in Lima, Peru. After making a first senior appearance for Bayern Munich in the 2004 - 2005 season, the talented Forward has scored a sum of 3 league goals in the Série A 2020 season so far in a total of 3 appearances.

While we have made these predictions for Internacional v Boca Juniors for this match preview with the best of intentions, no profits are guaranteed. Always gamble responsibly, and with what you can afford to lose. Best of luck with your selections.

⚽️ Where can I find the previews for other Copa Libertadores games?

You can see all of our upcoming (and previous) Copa Libertadores predictions & previews here.