Our tips, poll and stats for Boca Juniors v Lanús can all be found here (inc. the best betting odds).

Boca Juniors fans will want a repeat of their previous result, being a 2-0 Copa Libertadores victory versus Santos.

Their more recent scorelines really do illustrate the point that quality has been evident in the Boca Juniors rearguard. Los Xeneizes have been miserly, seeing the number of goals that have flown into the back of their net during their past 6 games standing at 3. That sort of pattern won’t necessarily be sustained into this match, however.

After a loss in their previous game against Vélez Sarsfield in Copa de la Liga Profesional action, Lanús and their travelling supporters will be hoping that they can get a better result in this one.

The stats don’t lie, and Lanús have been scored against in 6 of their last 6 games, conceding 12 goals overall. At the back, Granate certainly have room for improvement.

Thanks to a fully injury-free group to choose from, Lanús boss Luis Zubeldía has zero fitness worries whatsoever coming into this game.

In our opinion, Boca Juniors look set to create enough chances to score more than one when they play Lanús, who might well find it difficult to find the back of the net.

We’re predicting a decent 2-0 margin for Boca Juniors after 90 minutes. 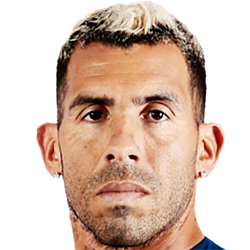 Customarily playing in the Striker position, Carlos Tévez was born in Ciudadela, Argentina. Having made his senior debut playing for Boca Juniors in the 2001 - 2002 season, the accomplished Forward has scored 9 league goals in the Superliga 2019 - 2020 season to date from a total of 17 appearances.

We have made these Boca Juniors v Lanús predictions for this match preview with the best intentions, but no profits are guaranteed. Please always gamble responsibly, only with money that you can afford to lose. Good luck!