All of our predictions, stats and the user poll for Bodo Glimt v Zorya Luhansk are shown below - as well as up-to-date odds.

Bodo Glimt will play in this game after a 1-1 Eliteserien stalemate against ODD Grenland.

Bodo Glimt haven’t had any problems with scoring, netting in each and every one of their last 6 games.

They have managed to rack up 11 during that time while also conceding a total of 5. That kind of trend won’t necessarily be sustained into this next game, however.

In their last fixture, Zorya Luhansk drew 1-1 in the Premier League tie with Rukh Lviv.

Demonstrating their penchant for fruitful encounters, goals have been seen as many as 20 times in the previous six matches in which Zorya Luhansk have taken to the pitch, making it an average of 3.33 goals each fixture. Opposing teams have managed 11 of this grand total.

The Bodo Glimt boss Kjetil Knutsen has zero fitness worries to speak of before this match owing to a fully injury-free squad available to select from.

Due to a completely healthy squad ready to go, the Zorya Luhansk boss Viktor Skrypnyk has zero fitness worries to report coming into this game.

Zorya Luhansk are likely to find the back of the net against this Bodo Glimt lineup, but that may not be as many as they’ll concede.

We are anticipating both teams to score in a 2-1 advantage for Bodo Glimt when all is said and done. Definitely a tough call. 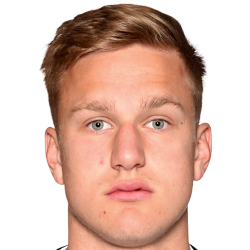 Mostly used in the Striker position, Erik Botheim was born in Norway. After having played his first senior match for Rosenborg BK in the 2017 season, the dangerous Forward has managed to score 9 league goals in the Eliteserien 2021 campaign so far in 17 appearances.

We have made these Bodo Glimt v Zorya Luhansk predictions for this match preview with the best intentions, but no profits are guaranteed. Please always gamble responsibly, only with money that you can afford to lose. Best of luck.