This big FAI Cup game on Friday will see Bohemian FC fighting it out with opponents Maynooth Uni. Town.

Bohemian FC will be hoping for a repeat of their last result, following the 1-2 Premier Division triumph vs Finn Harps.

For Bohemian FC, the goalscorers were Promise Omochere (33') and Georgie Kelly (41'). Ryan Rainey (80') was the scorer for Finn Harps.

It has been a rare occasion in recent times where Bohemian FC have shown defensive steel. The facts show that Bohemian FC have been scored against in 5 of their previous 6 clashes, letting in 8 goals on the way. That kind of pattern isn’t assured to be continued into this match, though.

Maynooth Uni. Town go into this meeting following a 3-2 FAI Cup win to beat Cobh Ramblers in their most recent fixture.

The Bohemian FC manager Keith Long will be happy not to have any fitness worries to speak of coming into this game owing to a fully healthy squad to pick from.

Thanks to a fully healthy squad to pick from, the Maynooth Uni. Town boss Barry Prenderville has zero fitness concerns whatsoever ahead of this clash.

It looks to us that Bohemian FC will, in all likelihood, be able to create a high number of chances and successful shots on target.

However, Maynooth Uni. Town are also probably going to find it difficult to get shooting opportunities - but, we do see them scoring as well.

We reckon that it will be a decent 3-1 winning score for Bohemian FC after 90 minutes. 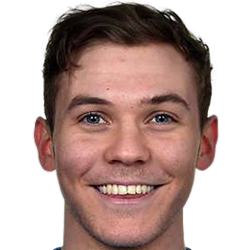 Normally used in the Striker position, Georgie Kelly was born in Rep. Ireland. Having made his senior debut playing for Derry City in the 2015 season, the talented Forward has netted 14 league goals in the Premier Division 2021 season to date from a total of 23 appearances.

While we have made these predictions for Bohemian FC v Maynooth Uni. Town for this match preview with the best of intentions, no profits are guaranteed. Always gamble responsibly, and with what you can afford to lose. Good luck!