Our predictions, user poll and statistics for St. Patrick's Athletic v Bohemian FC can be found here - plus the latest betting odds.

The only name on the scoresheet from St. Patrick's Athletic was Alfie Lewis (94').

Stephen O'Donnell's St. Patrick's Athletic have netted 8 times in their preceding half-dozen outings. The corresponding number of goals that they have conceded in that same time stands at 6.

Bohemian FC will go into this meeting following on from a 1-4 Premier Division win over Longford Town in their previous fixture.

In a total of 6 out of the previous 6 clashes involving Bohemian FC, three or more goals have been hit. The average goals scored per game in that time is 4, with the number of goals averaged by Bohemian FC working out to 2.5. Still, it remains to be seen whether that trend shall continue on in this next game.

An examination of their past head-to-head clashes dating back to 18/10/2019 shows that St. Patrick's Athletic have won 2 of them & Bohemian FC 3, with the tally of drawn results standing at 1.

In all, 14 goals were yielded between them during those clashes, with 6 from Saints and 8 netted by The Bohs. This gives an average number of goals per game equal to 2.33.

The previous league match between the two was Premier Division match day 19 on 02/07/2021 and the score finished Bohemian FC 3-2 St. Patrick's Athletic.

The St. Patrick's Athletic boss Stephen O'Donnell will be thankful to have no fitness worries at all coming into this clash with a completely injury-free group to choose from.

With a fully injury-free group to pick from, the Bohemian FC manager Keith Long has no fitness worries whatsoever coming into this clash.

When taking all factors into account, Bohemian FC and St. Patrick's Athletic should both be able to score here although it’s hard to pick a clear winner.

Will be interesting to see how this one goes, with a good chance of a draw. We’re therefore expecting a tight encounter, finishing with a 1-1 scoreline at the end of the 90 minutes. 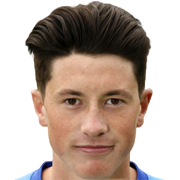 Normally taking to the field in the Striker position, Ronan Coughlan was born in Rep. Ireland. After making a first senior appearance for Bray Wanderers in the 2018 season, the gifted Forward has managed 7 league goals in this Premier Division 2021 season so far coming from a total of 24 appearances.

While we have made these predictions for St. Patrick's Athletic v Bohemian FC for this match preview with the best of intentions, no profits are guaranteed. Always gamble responsibly, and with what you can afford to lose.