Slezský FC Opava will be hoping for a better result following the 4-2 First League defeat in their last game at the hands of Sparta Prague.

Slezský FC Opava have been quite ineffective in attack of late. Their goals record stands at just 3 versus opposing sides during the course of their last 6 outings. In those meetings, Slezský have also seen the tally of goals scored against them total 17.

Coming into this clash, Slezský FC Opava are without a win at home for the past 2 matches in the league.

In their previous game, Bohemians drew 0-0 in the First League match with Slavia Prague.

A sequence of reliable performances from the Bohemians 1905 defence has seen their ‘goals against’ tally standing at 3 from their previous 6 clashes combined. During the same time, their own attack force has managed to score 8. It will be interesting to find out if that trend can be sustained here.

Going into this encounter, Bohemians 1905 are undefeated in their last 4 league matches away from home.

A review of their most recent head to head meetings going back to 07/10/2018 tells us that Slezský FC Opava have won 0 of them and Bohemians 3, with the tally of drawn matches standing at 3.

Those games were notable for their low tally of goals, too, with a tally of 5 scored between them in total.

The last league match between the two was First League match day 14 on 27/01/2021 which finished with the scoreline of Bohemians 1905 0-0 Slezský FC Opava.

The referee was Ondřej Cieslar.

Here is a game where Slezský FC Opava will need things to go their way to break down this Bohemians side who we think will win and very possibly keep a clean sheet.

We’re therefore seeing a highly competitive game with a 0-1 winning score for Bohemians at full-time. 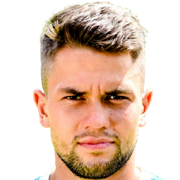 Typically taking up the Centre Midfield position, Aleš Nešický was born in Czech Republic. After making a first senior appearance for Slovan Liberec in the 2018 - 2019 season, the skilful Midfielder has struck 3 league goals in this First League 2020 - 2021 season to date in 22 appearances.

We have made these Slezský FC Opava v Bohemians predictions for this match preview with the best intentions, but no profits are guaranteed. Please always gamble responsibly, only with money that you can afford to lose. Best of luck with your selections.