Return to this page a few days before the scheduled game when this expired prediction will be updated with our full preview and tips for the next match between these teams.
Full-Time Result Prediction
👉
Tescoma Zlín to Win

Bohemians arrive at Stadion Letná on Saturday for the First League game with hosts Tescoma Zlín.

Scroll down to see all of the predictions, poll and statistics for Tescoma Zlín v Bohemians 1905 including the latest game odds.

Tescoma Zlín, following on from their previous result, will be hoping for more of the same after the 0-1 First League triumph against Slovan Liberec.

The only player to score from Tescoma Zlín was David Tkac (82').

Fixtures with Tescoma Zlín have proved to be absorbing ones recently with high scoring being the norm. Over their past half dozen clashes alone, a total of 21 goals have flown in for both sides combined (at an average of 3.5 goals per game) with 9 of those accredited to Tescoma Zlín. Having said that, we will just have to wait and see if such a trend might be maintained in this upcoming match or not.

Going into this one, Tescoma Zlín have not registered a win against Bohemians 1905 in their previous 5 league games.

Bohemians will go into this game following a 4-2 First League win vs Teplice in their last match.

Bohemians 1905 have been dangerous up front of late, scoring 9 times in their previous 6 matches. While their manager Luděk Klusáček will no doubt take that as a positive sign, Bohemians 1905 can also improve defensively after being scored against in 6 of those same outings.

Looking at the pre-match facts, Bohemians 1905:

Inspecting their past head to head meetings dating back to 14/09/2018 shows us that Tescoma Zlín have won 1 of these games & Bohemians 3, with the number of drawn games standing at 2.

An aggregate of 14 goals were yielded between them in these games, with 5 of them for Zlin and 9 belonging to Klokani. That’s an average goals per game figure of 2.33.

The referee was Tomáš Klíma.

The Tescoma Zlín manager Jan Jelínek has a full complement, with no fitness worries whatsoever coming into this clash owing to a fully healthy squad available to select from.

We’ve got the feeling that Bohemians 1905 certainly have the ability to get a goal against this Tescoma Zlín outfit, however that might not quite be as many as they will have scored against them.

We’re predicting a narrow 2-1 winning margin for Tescoma Zlín when the full-time whistle blows. There shouldn’t be much in it, either way. 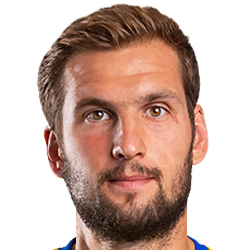 Usually deployed in the Striker position, Tomáš Poznar was born in Czech Republic. Having played his first senior match for Tescoma Zlín in the 2015 - 2016 season, the dangerous Forward has accumulated 3 league goals in the First League 2021 - 2022 campaign to date in 6 appearances.

While we have made these predictions for Tescoma Zlín v Bohemians 1905 for this match preview with the best of intentions, no profits are guaranteed. Always gamble responsibly, and with what you can afford to lose. Good luck!