Empoli will be at Stadio Renato Dall'Ara on Saturday for the Serie A game with hosts Bologna.

View all Bologna v Empoli tips, stats and our pre-match poll below - along with the latest match odds.

Bologna head into this fixture following a 0-0 Serie A drawn match against Empoli.

Bologna have been finding it hard to keep clean sheets lately, but they have also done enough to score goals themselves. Looking at their last 6 games, Bologna have seen their goal breached in 6 of them while also managing to get on the scoresheet in 5 of those matches. However, we’ll just have to find out if such a trend might persist here in this game.

Their previous form shows that Bologna:

The stats tell the story, and Empoli have been scored against in 5 of their last 6 games, seeing their opponents hit 7 goals overall. Defensively, Empoli can certainly do much better.

Leading up to this clash, Empoli:

An examination of their past head-to-head meetings dating back to 11/12/2016 shows that Bologna have won 1 of these games & Empoli 3, with the tally of draws being 2.

A combined sum of 17 goals were scored between them throughout the course of those matches, with 7 of them for Rossoblu and 10 netted by Azzurri. That’s an average goals per game figure of 2.83.

The previous league fixture featuring these clubs was Serie A match day 24 on 06/02/2022 which finished with the scoreline of Bologna 0-0 Empoli.

That day, Bologna managed 60% possession and 12 shots at goal with 2 of them on target.

Empoli got 15 shots on goal with 4 of them on target.

The match was refereed by Francesco Cosso.

In our view, Empoli will need to push hard to register a score against this Bologna team who will likely gain the upper hand.

We’re therefore tipping a very competitive encounter with a 1-0 win for Bologna when the full-time whistle blows. 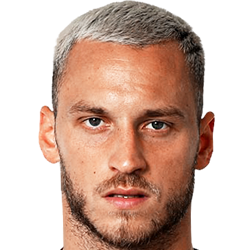 Mostly taking up the Striker position, Marko Arnautović was born in Floridsdorf, Austria. After having made a senior debut playing for FC Twente in the 2006 - 2007 season, the accomplished Forward has struck 6 league goals in this Serie A 2022 - 2023 season to date coming from a total of 6 appearances.

We have made these Bologna v Empoli predictions for this match preview with the best intentions, but no profits are guaranteed. Please always gamble responsibly, only with money that you can afford to lose. Best of luck.