Bologna are the guests at Stadio Luigi Ferraris on Sunday for the Serie A game with hosts Sampdoria.

Our full set of predictions, statistics and match poll for Sampdoria v Bologna can be seen below - plus the latest match odds.

Sampdoria will be hoping to bounce back here after the 2-0 Serie A defeat last time out to Cagliari.

Over their last six fixtures, Claudio Ranieri's Sampdoria have hit the back of the net a combined total of 10 times, an average number of goals per match equal to 1.67.

Looking at their past form shows that Sampdoria:

Following on from suffering a loss in their previous game against SSC Napoli in Serie A action, Bologna will be aiming to make amends here.

In that match, Bologna had 47% possession and 9 attempts on goal with 3 on target. SSC Napoli got 19 attempts at goal with 4 of them on target. Victor Osimhen (23') was the scorer for SSC Napoli.

The numbers tell their own story, and Bologna have been scored against in 5 of their last 6 matches, seeing opposing sides hit 10 goals in all. Defensively, Rossoblu have not been doing too well.

Going into this encounter, Bologna have not won away from home in their last 7 matches in the league.

A review of their past head to head clashes going back to 25/11/2017 shows us that Sampdoria have won 2 of these games and Bologna 4, with the tally of draws being 0.

A sum of 18 goals were shared by the two clubs during those clashes, with 7 of them for i Blucerchiati and 11 coming from Rossoblu. That is an average goals per game value of 3.

In that game, Sampdoria had 43% possession and 17 attempts at goal with 5 on target. The scorer was Federico Bonazzoli (88').

Regarding absentees, there’s just the sole fitness concern for the Sampdoria boss Claudio Ranieri to be concerned about due to a largely intact group. Keita Baldé (Muscular problems) is out of contention. The players who will not be able to play in this game through being suspended are Tommaso Augello, Lorenzo Tonelli and Dodô.

We’re of the view that Bologna and Sampdoria won’t have much between them here, and goals could be hard to come by.

A scoreless draw looks like a real possibility, but we’ll see what happens. That’s why our selection here is for a very even match with a 0-0 scoreline when all is said and done. 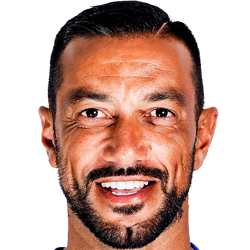 Generally playing in the Striker position, Fabio Quagliarella was born in Castellammare di Stabia, Italy. Having made his senior debut playing for Torino in the 1999 - 2000 season, the skilful Forward has netted 4 league goals in this Serie A 2020 - 2021 season so far in 7 appearances.

While we have made these predictions for Sampdoria v Bologna for this match preview with the best of intentions, no profits are guaranteed. Always gamble responsibly, and with what you can afford to lose. Best of luck with your selections.