Bologna will be the visitors at Stadio Alberto Picco on Sunday for the Serie A clash with home side Spezia.

Full predictions, pre-match stats and user poll for Spezia v Bologna are shown on this page - as well as up-to-date odds.

Spezia will be hoping for a better result following a 5-2 Serie A loss in their previous game against Atalanta.

It has been a rare occasion in recent games where Spezia have kept a clean sheet. In fact, Spezia have seen their defence breached in 5 of their previous 6 games, leaking 12 goals in the process.

Taking a look at their past results, Spezia:

After suffering a loss in their previous game against Venezia in Serie A action, Bologna and their travelling supporters will be hoping that they can get a better result in this one.

The stats tell the story, and Bologna have been scored against in 5 of their last 6 games, conceding 10 goals overall. At the back, Bologna certainly have room for improvement. That kind of trend might not be sustained into this game, however.

Leading up to this clash, Bologna:

An examination of their prior head-to-head clashes stretching back to 02/02/2008 shows that Spezia have won 1 of these games and Bologna 2, with the number of drawn results standing at 3.

The previous league fixture featuring the two was Serie A match day 31 on 18/04/2021 and the score finished Bologna 4-1 Spezia.

Spezia had 8 shots on goal with 4 on target. Ardian Ismajli (34') was the scorer.

The Spezia manager Thiago Motta will be thankful to have no fitness worries to speak of coming into this match with a completely injury-free squad to pick from.

Due to a completely healthy squad available to select from, the Bologna manager Siniša Mihajlović has zero fitness concerns to report ahead of this match.

Our feeling is that Bologna and Spezia should both be able to find the back of the net here although it’s difficult to select a clear winner.

Shouldn’t be much in it, and a draw looks quite a realistic result. We’re therefore expecting a tight encounter with a 1-1 score at the end of this one. 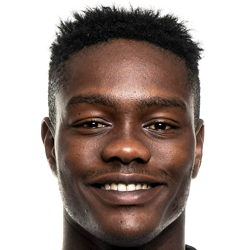 Mostly played in the Left Wing position, Emmanuel Gyasi was born in Ghana. After having played his first senior match for Spezia in the 2018 - 2019 season, the gifted Forward has scored 2 league goals in this Serie A 2021 - 2022 season so far in a total of 13 appearances.

We have made these Spezia v Bologna predictions for this match preview with the best intentions, but no profits are guaranteed. Please always gamble responsibly, only with money that you can afford to lose. Best of luck with your selections.