Bolton Wanderers are the guests at Highbury Stadium on Saturday for the League One tie with hosts Fleetwood Town.

Our Fleetwood Town v Bolton Wanderers predictions, statistics and match poll can be seen below - plus the latest match odds.

Fleetwood Town go into this game following on from a 2-2 League One drawn result vs Bristol Rovers.

Fleetwood Town have been on a persistent run of goalscoring form, finding the back of the net in one hundred percent of their last 6 games.

They have hit an aggregate of 10 during that time while also conceding a total of 8.

Going into this encounter, Fleetwood Town haven't been defeated in their previous 2 league matches at home.

Previously, Bolton Wanderers drew 0-0 in the League One tie with Cambridge United.

Ian Evatt's Bolton Wanderers have converted 9 times in the course of their most recent six matches. The total of goals that have been scored against them during those same matches comes to 6.

Going into this contest, Bolton Wanderers haven't been defeated in their previous 2 away league matches.

A look at their most recent head to head meetings stretching back to 20/08/2016 shows that Fleetwood Town have won 1 of these & Bolton Wanderers 5, with the number of draws being 0.

Thanks to a fully injury-free squad available to select from, the Bolton Wanderers boss Ian Evatt has no fitness worries to speak of before this game.

We feel that over the course of the game, Fleetwood Town will have to play well to see themselves scoring against this Bolton Wanderers outfit who we reckon will get a goal themselves and run out victorious.

We therefore think that it’s going to be a good tussle with a 0-1 advantage for Bolton Wanderers at the end of the 90. 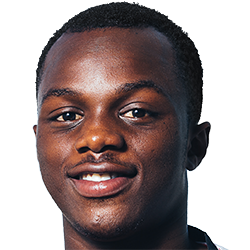 Mostly taking up the Left Wing position, Carlos Mendes Gomes was born in Yeumbeul, Senegal. Having made a first senior appearance for Luton Town in the 2021 - 2022 season, the gifted Forward has bagged 4 league goals in this League One 2022 - 2023 season to date in a total of 13 appearances.

While we have made these predictions for Fleetwood Town v Bolton Wanderers for this match preview with the best of intentions, no profits are guaranteed. Always gamble responsibly, and with what you can afford to lose. Good luck with your selections.