Wigan are the guests at University of Bolton Stadium on Saturday for the League One fixture with home side Bolton Wanderers.

Our Bolton Wanderers v Wigan Athletic tips, poll and stats can be seen in full below - along with the latest match odds.

Bolton Wanderers will be hoping for a better result after a 1-0 League One loss in their previous game against Sheffield Wednesday.

Ahead of this meeting, Bolton Wanderers are winless against Wigan Athletic in their last 3 matches in the league.

Since being defeated in their last game at the hands of Crewe Alexandra in EFL Trophy action, Wigan and their fans will hope to get a better result this time.

During their six previous matches, Leam Richardson's Wigan Athletic have managed to stick the ball in the net 9 times, yielding them the goals per game average of 1.5.

A look at their previous results shows us that Wigan Athletic:

A review of their prior head to head clashes stretching back to 07/11/2014 shows us that Bolton Wanderers have won 2 of these & Wigan 1, with the number of draws standing at 3.

A sum of 16 goals were shared by the two clubs in these games, with 8 for The Trotters and 8 coming from The Latics. That is an average goals per game value of 2.67.

It’s a low absenteeism rate, with just a single fitness concern for the Bolton Wanderers manager Ian Evatt to contend with due to a largely intact set of players. Xavier Amaechi (Metatarsal Fracture) is out of contention.

Due to a mostly full-strength squad, there’s just a single fitness worry for the Wigan gaffer Leam Richardson to contend with. Gwion Edwards (Thigh Problems) won’t be in action.

We’re of the view that Wigan Athletic and Bolton Wanderers could end up without much reward for their efforts here.

We therefore think that it’s going to be a very close game with a 0-0 score at the end of this game. 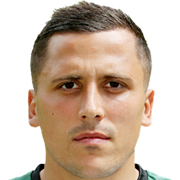 Regularly taking up the Centre Midfield position, Antoni Sarcevic was born in Manchester, England. After having played his first senior match for Crewe Alexandra in the 2010 - 2011 season, the gifted Midfielder has managed to score 3 league goals in this League One 2021 - 2022 season so far from a total of 12 appearances.

While we have made these predictions for Bolton Wanderers v Wigan Athletic for this match preview with the best of intentions, no profits are guaranteed. Always gamble responsibly, and with what you can afford to lose. Best of luck with your selections.