All of our predictions, stats and the user poll for Boreham Wood v Torquay United are shown below - as well as the best betting odds.

Boreham Wood prepare for this game after a 1-1 National League stalemate vs Notts County.

The only name on the scoresheet from Boreham Wood was George Broadbent (44'). Cedwyn Scott (56') was the scorer for Notts County.

Boreham Wood have been conceding pretty frequently recently, but they’ve also done enough to score goals themselves. Over their last 6 matches, Boreham Wood have been punished defensively in 6 of them in addition to scoring in 5 of those games. Regardless, it remains to be seen whether the trend might be maintained here in this match.

Torquay United go into this clash following on from a 1-0 National League win with the downing of Halifax in their most recent outing.

The only name on the scoresheet from Torquay United was Asa Hall (72').

For 5 of the previous six games involving Torquay United, a notably low volume of goals have been struck between them and opposing sides. The overall average number of goals per game in that period is just 2.17, with the average goals for The Gulls being 1.

Inspecting their most recent head-to-head meetings dating back to 03/08/2019 shows us that Boreham Wood have won 2 of these & Torquay United 1, with the number of drawn results being 3.

A combined total of 8 goals were produced between them throughout the course of those matches, with 5 of them from The Wood and 3 for The Gulls. That’s an average goals per game of 1.33.

The previous league encounter featuring these sides was National League match day 4 on 20/08/2022 when the final score was Torquay United 0-1 Boreham Wood.

The Boreham Wood boss Luke Garrard does not have any fitness worries whatsoever before this clash owing to a completely healthy squad available for selection. Bruno Andrade is ineligible for this match because of suspension.

With a completely injury-free squad available to choose from, the Torquay United manager Gary Johnson has zero fitness concerns to report coming into this game.

We feel that Torquay United will need to put in a solid display to find the net against this Boreham Wood lineup who we think might well manage to score & go ahead.

That’s why we have predicted a narrow 1-0 advantage for Boreham Wood at the end of the 90. 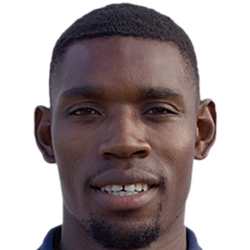 Regularly taking up the Striker position, Lee Ndlovu was born in Bulawayo, Zimbabwe. Having made a first senior appearance for Boreham Wood in the 2022 - 2023 season, the dangerous Forward has scored 7 league goals in the National League 2022 - 2023 campaign so far from a total of 20 appearances.

While we have made these predictions for Boreham Wood v Torquay United for this match preview with the best of intentions, no profits are guaranteed. Always gamble responsibly, and with what you can afford to lose.