For all of our match predictions, pre-game poll and statistics for Borussia Dortmund II v Magdeburg, scroll down including the latest game odds.

Borussia Dortmund II go into this game following on from a 0-0 3rd Liga stalemate vs Magdeburg.

In their prior 6 fixtures, Enrico Maaßen's Borussia Dortmund II have hit the target a total of 12 times giving them an average number of goals scored per match equal to 2.

Over the course of their previous 6 outings, Magdeburg have amassed a total of 13 goals. Magdeburg have also managed to score on each one of those occasions. Over that period, their defenders have seen 9 goals scored by their opponents. That kind of pattern won’t necessarily be carried forward here, however.

The last league contest featuring these clubs was 3rd Liga match day 8 on 11/09/2021 when it finished Borussia Dortmund II 0-0 Magdeburg.

Our assessment here is that Borussia Dortmund II might need a bit of good fortune to find the net against this Magdeburg outfit who we think will likely score at least once to gain the upper hand.

We’re therefore tipping a very even contest with a 0-1 win for Magdeburg when all is said and done. 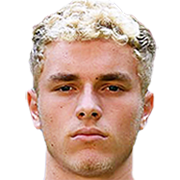 Usually played in the Striker position, Timo Bornemann was born in Ratingen, Germany. Having made his senior debut playing for Borussia Dortmund II in the 2021 - 2022 season, the goalscoring Forward has scored 2 league goals in the 3. Liga 2021 - 2022 campaign to date from a total of 5 appearances.

We have made these Borussia Dortmund II v Magdeburg predictions for this match preview with the best intentions, but no profits are guaranteed. Please always gamble responsibly, only with money that you can afford to lose.