The Borussia Dortmund v Sevilla live stream video is scheduled for broadcast on 05/03/2021. Fans of both clubs can watch the game on a live streaming service if this match is included in the schedule mentioned above. Here we provide you with useful info for watching this Champions League match that includes the most recent guide to form, h2h clashes and our game views.

In order to view the game via alternative sources, check tv listings relating to your place of residence. Such broadcasting rights are usually allocated on a per-competition/league or even per-fixture arrangement basis. For matches shown live on regional tv programmes, check the listings on the likes of BT Sport, Amazon Prime Video, Sky Sports, Now TV, iTV, Canal+, Fox Soccer, ESPN depending on your location.

When the abovementioned broadcaster does broadcast a Borussia Dortmund v Sevilla football live streaming coverage, you’ll be able to see it on mobile devices (iPhone, Android including Huawei) and computer as well as tablet (eg iPad, Venturer).

After the match finishes, we may also link to the match highlights from time to time. We are not responsible for the transmission of any match video content linked to from this site. All legal complaints must be directed to the hosters/owners of such content.

Scroll down for all of our predictions, poll and stats for the Borussia Dortmund v Sevilla game - along with the latest match odds.

Borussia Dortmund will want to continue from where they left off last time out with the 0-1 DFB-Pokal triumph versus Borussia Mönchengladbach.

Three or more goals per game were recorded in 5 of the last 6 fixtures where Borussia Dortmund have been involved. Opposition teams scored 6 times in this period while Dortmund bagged a total of 14.

After being defeated in their last game at the hands of Barcelona in Copa del Rey competition, Sevilla will be aiming to make amends here.

In that game, Sevilla managed 33% possession and 6 attempts on goal with 3 on target. FC Barcelona got 22 attempts at goal with 8 of them on target. Ousmane Dembélé (12'), Gerard Piqué (90') and Martin Braithwaite (95') scored for Barcelona. The game was won by Barcelona in extra time.

A tendency of at least one team not scoring a goal in games featuring Sevilla has been noticeable in recent matches. Examining their last six games shows that it has happened 5 times. During those clashes, their opponents have managed a goal tally of 8 and Sevillistas have scored 7. Nevertheless, time will tell whether such a trend shall continue on here in this match.

With a fully healthy group to choose from, Sevilla boss Julen Lopetegui has zero fitness worries to report ahead of this game.

Sevilla will do well to find the net against a Borussia Dortmund team who certainly have the ability to control this match, should everything go as we’re expecting.

We’re tipping a 3-0 win for Borussia Dortmund after 90 minutes. 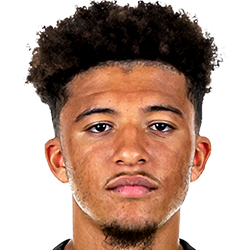 Regularly deployed in the Left Attacking Midfielder position, Jadon Sancho was born in London, England. Having made his senior debut playing for Borussia Dortmund in the 2017 - 2018 season, the goalscoring Midfielder has got 6 league goals in the Bundesliga 1 2020 - 2021 campaign to date from a total of 21 appearances.

We have made these Borussia Dortmund v Sevilla predictions for this match preview with the best intentions, but no profits are guaranteed. Please always gamble responsibly, only with money that you can afford to lose. We wish you the best of luck.

⚽️ Where can I get the predictions for other Champions League matches?