Our full set of predictions, statistics and match poll for Inter Milan v Gladbach can be seen below including the latest game odds.

Inter Milan will be looking to improve on their last outing here after a 1-2 Serie A loss in their previous game against AC Milan.

It has been all too rare in recent times where Inter Milan have shown defensive steel. In fact, Nerazzurri have been scored against in 5 of their previous 6 matches, letting in 11 goals along the way.

Previously, Gladbach drew 1-1 in the Bundesliga 1 tie with VfL Wolfsburg.

The numbers tell their own story, and Gladbach have been scored against in 5 of their last 6 matches, seeing opposing sides hit 7 goals in total. At the back, Gladbach seem to have a bit of a soft underbelly. That kind of pattern isn’t assured to follow through into this match, of course.

In our view, Gladbach will likely be able to score against this Inter Milan lineup, although that realistically won’t be as many as they will have scored against them.

We think that it’s going to be a very close game with a 2-1 winning margin for Inter Milan by the time that the referee blows the final whistle. We are expecting it to be pretty even. 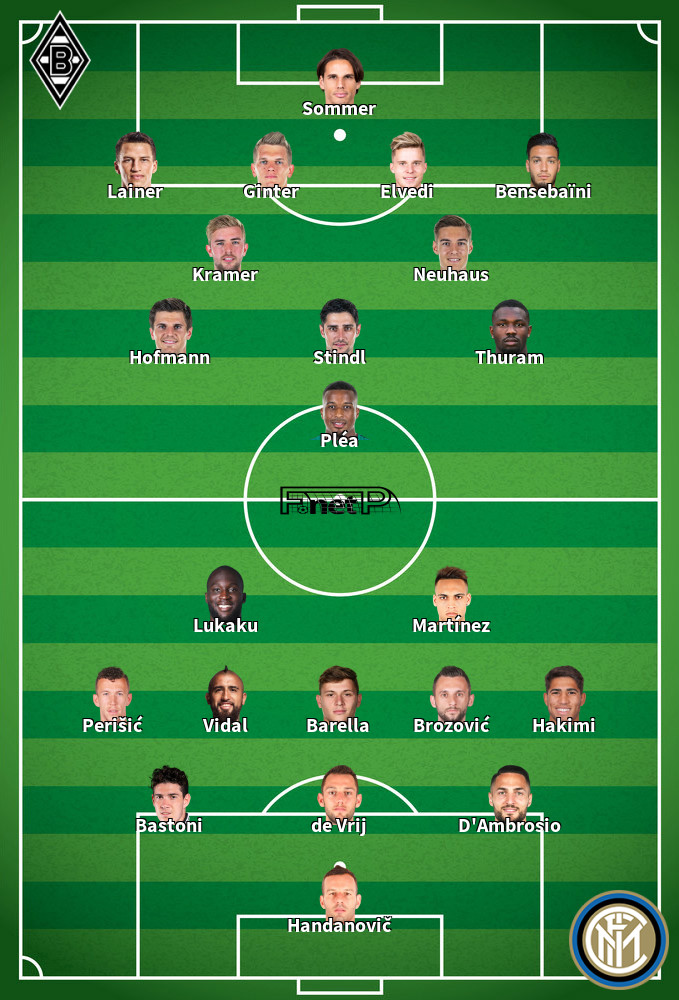 Typically taking up the Striker position, Romelu Lukaku was born in Antwerp, Belgium. After having played his first senior match for RSC Anderlecht in the 2009 - 2010 season, the dangerous Forward has scored 3 league goals in the Serie A 2020 - 2021 season to date coming from a total of 3 appearances.

We have made these Inter Milan v Gladbach predictions for this match preview with the best intentions, but no profits are guaranteed. Please always gamble responsibly, only with money that you can afford to lose.