The Bundesliga 1 meeting at Borussia-Park on Tuesday sees home side Gladbach go into battle with Werder Bremen.

Our predictions, user poll and statistics for Gladbach v Werder Bremen can be found here - along with the latest match odds.

Gladbach will play in this game after a 2-2 Bundesliga 1 tied result vs Stuttgart.

Fixtures featuring Borussia Mönchengladbach have tended to be entertaining affairs recently with plenty of scoring expected. Over their past 6 clashes, the sum of 24 goals have been scored for both teams combined (at an average of 4 goals per game) with 15 of those being chalked up by Gladbach.

Heading into this contest, Borussia Mönchengladbach have not been beaten in the league by Werder Bremen in their last 9 matches. A long run without a loss.

Werder Bremen come into this match after a 2-0 Bundesliga 1 win to beat Augsburg in their most recent match.

Throughout their 6 latest matches, Florian Kohfeldt's Werder Bremen have found the back of the net 8 times, yielding them the goals scored per game average of 1.33.

Checking on their most recent head to head meetings stretching back to 15/10/2017 shows us that Gladbach have won 3 of these games & Werder Bremen 0, with the number of drawn results standing at 3.

In all, 16 goals were produced between them in these games, with 11 from Gladbach and 5 for Werder. The average goals per game has been 2.67.

The last league match featuring the two was Bundesliga 1 match day 28 on 26/05/2020 which finished with the scoreline of Werder Bremen 0-0 Borussia Mönchengladbach.

On that day, Werder Bremen managed 44% possession and 12 attempts on goal with 7 on target.

Borussia Mönchengladbach had 8 attempts at goal with 4 of them on target.

The referee was Manuel Gräfe.

Our thinking is that Gladbach will most probably see a lot of the ball and convert quite a few goal-scoring opportunities.

In contrast, Werder Bremen could well struggle to make a breakthrough although we do see them getting enough chances to score, too.

We reckon that it will be a decent 3-1 winning score for Gladbach after 90 minutes. 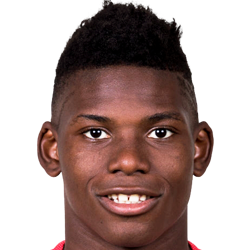 Mostly taking to the field in the Striker position, Breel Embolo was born in Yaoundé, Cameroon. After having played his first senior match for FC Basel 1893 in the 2013 - 2014 season, the gifted Forward has accumulated 3 league goals in the Bundesliga 1 2020 - 2021 season so far in a total of 13 appearances.

While we have made these predictions for Gladbach v Werder Bremen for this match preview with the best of intentions, no profits are guaranteed. Always gamble responsibly, and with what you can afford to lose. We wish you the best of luck.