VfL Wolfsburg are the guests at Borussia-Park on Saturday for the Bundesliga 1 showdown with home team Gladbach.

For all of our match predictions, pre-game poll and statistics for Gladbach v VfL Wolfsburg, scroll down (plus the best game odds).

Gladbach, following on from their previous result, will be hoping for more of the same after the 1-3 Bundesliga 1 success vs Cologne.

It’s been a rare occasion in recent games where Borussia Mönchengladbach haven’t conceded. The reality is that Gladbach have seen their defence breached in 5 of their previous 6 clashes, giving up 7 goals along the way. We shall soon see if that trend can be continued on here.

Heading into this contest, Borussia Mönchengladbach are undefeated in their previous 4 home league matches.

In the game prior to this, VfL Wolfsburg drew 0-0 in the Bundesliga 1 match with Augsburg.

A succession of hard-working displays by the VfL Wolfsburg defensive unit has resulted in their ‘goals against’ tally standing at 3 from their previous 6 outings combined. During the same period of time, the number of goals that they have scored themselves is 8.

Heading into this fixture, VfL Wolfsburg haven't been defeated in their previous 2 away league matches.

Inspecting their most recent head to head clashes going back to 03/12/2017 shows that Gladbach have won 2 of these games & VfL Wolfsburg 3, with the tally of drawn games being 1.

An aggregate of 19 goals were produced between them during those clashes, with 9 for Gladbach and 10 coming from Wolfsburg. The average number of goals per game works out to 3.17.

We feel that over the course of the game, VfL Wolfsburg could find themselves up against it to register a score against this Gladbach side who we think should get the win and a maybe even keep a clean sheet as well.

We’re going for a very even contest with a 1-0 advantage for Gladbach at the end of the match. 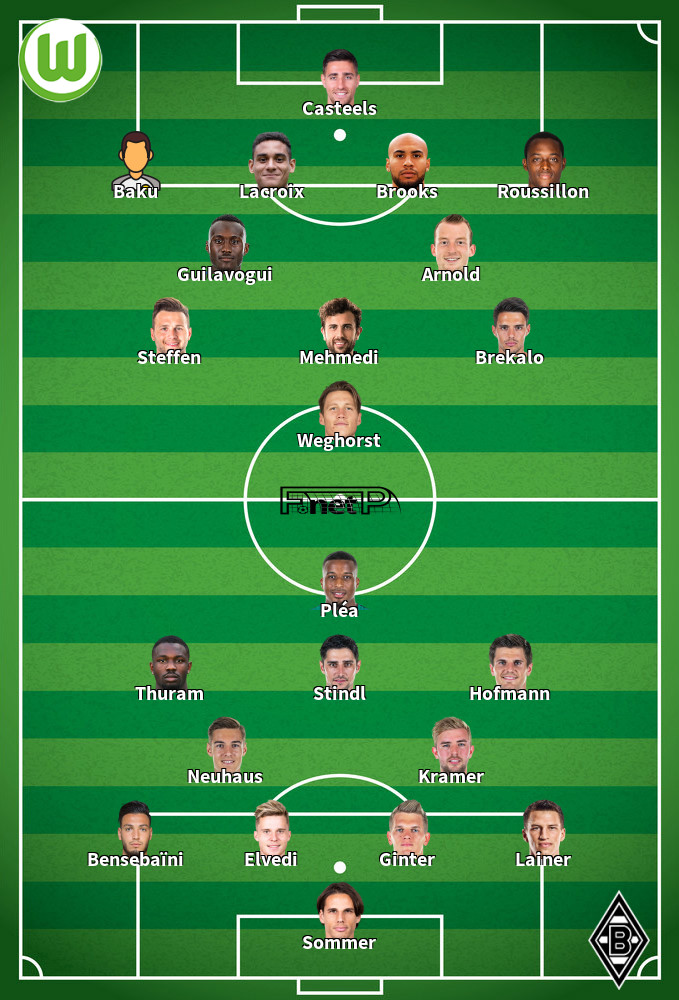 While we have made these predictions for Gladbach v VfL Wolfsburg for this match preview with the best of intentions, no profits are guaranteed. Always gamble responsibly, and with what you can afford to lose. Best of luck with your selections.