Return to this page a few days before the scheduled game when this expired prediction will be updated with our full preview and tips for the next match between these teams.
Full-Time Result Prediction
👉
Botafogo to Win

Our Botafogo v Ceilândia tips, poll and stats can be seen in full below - as well as up-to-date odds.

Botafogo fans will want a repeat of their previous result, being the 0-1 Serie A triumph against Flamengo.

Botafogo haven’t been able to stop scoring goals, finding the back of the net in one hundred percent of their last 6 games.

They’ve totted up the amount of 10 during that time and have conceded a total of 6. That kind of trend won’t necessarily follow through into this next game, of course.

Looking at personnel, there is just the sole fitness concern for the Botafogo manager Luís Castro to be concerned about due to a largely intact group of players. Rafael (Achilles tendon rupture) is sidelined.

Due to a fully injury-free squad available to select from, the Ceilândia boss has zero fitness concerns at all before this game.

In this match, Ceilândia will have a tough assignment to get a goal against a Botafogo outfit who have the quality to create a lot of chances for themselves and convert these into goals.

We’re going for a comprehensive 3-0 victory for Botafogo when the full-time whistle blows. 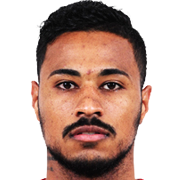 Typically playing in the Right Wing position, Diego Gonçalves was born in Guarujá, Brazil. After making a first senior appearance for Sporting Olhanense in the 2013 - 2014 season, the accomplished Forward has managed to score 2 league goals in this Série A 2022 campaign to date in 5 appearances.

We have made these Botafogo v Ceilândia predictions for this match preview with the best intentions, but no profits are guaranteed. Please always gamble responsibly, only with money that you can afford to lose. Good luck if you do place a bet today.