Botev Vratsa face off with visiting opponents Botev at Stadion Hristo Botev in this First League meeting on Thursday.

All Botev Vratsa v Botev match predictions, user poll and stats are shown below including the latest game odds.

Botev Vratsa will be wanting a better result here after a 1-0 First League losing effort in their last game against CSKA 1948.

It’s been seldom in recent games that Botev Vratsa haven’t conceded. It will be a concern for them that Vratsa have seen their defence breached in 5 of their previous 6 matches, letting in 12 goals on the way.

In their last fixture, Botev drew 0-0 in the First League match with Etar Veliko Tarnovo.

The numbers tell their own story, and Botev have been scored against in 5 of their last 6 matches, letting opponents get 9 goals in total. Defensively, The Canaries could really do with shoring things up. We shall soon see if that trend will be continued on here.

Looking at the pre-match facts, Botev:

Looking at their past head to head meetings going back to 27/10/2018 shows that Botev Vratsa have won 2 of them and Botev 3, with the tally of draws standing at 1.

An aggregate of 14 goals were scored between the two sides in these games, with 7 for Vratsa and 7 netted by The Canaries. This gives an average number of goals per game equal to 2.33.

The previous league game featuring these sides was First League match day 10 on 26/10/2020 when it ended Botev 2-0 Botev Vratsa.

Botev Vratsa manager Veselin Velikov has no fitness worries to speak of before this match owing to a fully injury-free squad to choose from.

Thanks to a largely available group, there is only the lone fitness problem for the Botev manager Azrudin Valentic to contend with. Todor Nedelev (Knee Surgery) won’t be playing here.

In our opinion, Botev and Botev Vratsa could both end up scoring in what appears to be a good match-up, with little separating these two teams.

It could well end in a draw. We’re therefore expecting a tight encounter with a 1-1 draw when the referee blows the full-time whistle. 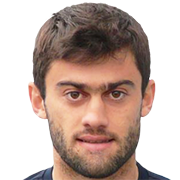 Regularly played in the Right Attacking Midfielder position, Petar Atanasov was born in Bulgaria. After having made a senior debut playing for Botev in the 2012 - 2013 season, the accomplished Midfielder has scored a sum of 2 league goals in this First League 2020 - 2021 campaign to date from a total of 22 appearances.

We have made these Botev Vratsa v Botev predictions for this match preview with the best intentions, but no profits are guaranteed. Please always gamble responsibly, only with money that you can afford to lose. Good luck!