Our Botev v Cherno More Varna predictions, statistics and match poll can be seen below (inc. the best betting odds).

Over their past 6 fixtures, Azrudin Valentic's Botev have scored a total of 8 times, an average number of goals scored per match equal to 1.33.

Ahead of this meeting, Botev have left without a victory over Cherno More Varna in their previous 8 league games.

A series of effective showings by the Cherno More Varna defensive unit has resulted in the number of goals they’ve conceded standing at 4 from their last 6 outings in total. In that period of time, their own attack force has managed to score 8.

Looking at their past form shows that Cherno More Varna:

Checking on their prior head to head meetings stretching back to 11/07/2020 shows that Botev have won 1 of these games and Cherno More Varna 3, with the number of draws being 2.

In all, 10 goals were produced between them in these games, with 3 for The Canaries and 7 for The Sailors. This gives an average number of goals per game equal to 1.67.

The previous league fixture featuring these clubs was First League match day 15 on 20/11/2021 when the final score was Botev 0-0 Cherno More Varna.

The Botev manager Azrudin Valentic will be thankful to have no fitness worries to speak of before this clash with a completely injury-free group ready to go.

Owing to a completely injury-free group available for selection, the Cherno More Varna boss Ilian Iliev doesn’t have any fitness concerns to report ahead of this match.

We feel that over the course of the game, Cherno More Varna might well have a job on their hands to be putting a goal past this Botev outfit who we think might well get a goal themselves and run out victorious.

We’ve gone for a good battle with a 1-0 advantage for Botev when the referee blows for full-time. 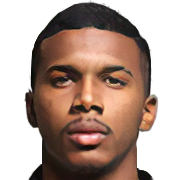 Mostly taking to the field in the Left Wing position, Marquinhos was born in Cajari, Brazil. After making a first senior appearance for Atlético Mineiro in the 2017 season, the goalscoring Forward has struck 5 league goals in the First League 2021 - 2022 season to date from a total of 13 appearances.

While we have made these predictions for Botev v Cherno More Varna for this match preview with the best of intentions, no profits are guaranteed. Always gamble responsibly, and with what you can afford to lose. Best of luck with your selections.