Our predictions, user poll and statistics for Botev v Levski Sofia can be found here - along with the latest match odds.

Botev will be looking for an improved result here after the 3-1 First League defeat last time out to Cherno More Varna.

It has been a rare occasion in recent times where Botev have managed to hold out for a full 90 minutes. The facts show that The Canaries have seen their defence breached in 5 of their previous 6 matches, leaking 8 goals during that time. We will see if that trend can be continued on in this game.

Looking at the pre-match facts, Botev:

Levski Sofia go into this match following a 0-2 First League win versus Tsarsko Selo in their previous fixture.

Over the course of 5 of the previous six clashes featuring Levski Sofia, a comparatively low number of goals have been hit between them and their opposition. The overall average number of goals per game in that spell comes to a paltry 1.5, with the number of goals averaged by The Blue Avalanche being 0.5.

Ahead of this clash, Levski Sofia are winless against Botev in games played away from home for the previous 2 matches in the league.

Looking at the statistics for their head to head meetings dating back to 31/03/2019, both clubs have shared the honours with Botev winning 2 of those games, Levski Sofia 2 and 2 being draws in normal time.

An aggregate of 18 goals were produced between them in this period, with 8 from The Canaries and 10 belonging to The Blue Avalanche. The average number of goals per game works out to 3.

The previous league clash featuring the two was First League match day 20 on 07/03/2021 which ended up with the score at Levski Sofia 2-2 Botev.

In that match, Levski Sofia had 52% possession and 11 attempts on goal with 6 on target. Goals were scored by Robertha (33') and Martin Detelinov Petkov (39').

The match was refereed by Georgi Nikolov.

Looking at personnel, there is just the sole fitness concern for the Botev manager Azrudin Valentic to be concerned with from an otherwise fully-primed group. Todor Nedelev (Knee Surgery) misses out.

Due to a mostly available group, there is just the lone fitness issue for the Levski Sofia boss Slaviša Stojanovič to be concerned about. Georgi Aleksandrov (Shoulder Injury) won’t be playing here.

We are of the inclination to think that Levski Sofia and Botev may well end up cancelling each other out here.

A draw is a real possibility, as we are expecting there to be little between them. We therefore see a very close game with a 1-1 draw when all is said and done. 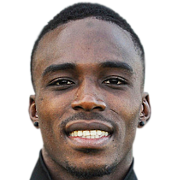 Mostly taking up the Centre Midfield position, Michel Espinosa was born in Yaoundé, Cameroon. Having made his senior debut playing for Clermont Foot in the 2015 - 2016 season, the goalscoring Midfielder has hit 3 league goals in this First League 2020 - 2021 campaign so far in 19 appearances.

While we have made these predictions for Botev v Levski Sofia for this match preview with the best of intentions, no profits are guaranteed. Always gamble responsibly, and with what you can afford to lose.