Scroll down to see all of the predictions, poll and statistics for Slavia Sofia v Botev - plus the latest betting odds.

Slavia Sofia are hoping to win again after their last result, the 2-5 First League victory over Tsarsko Selo.

It has been seldom in recent times where Slavia Sofia have managed to hold out for a full 90 minutes. In fact, Slavia Sofia have seen their defence breached in 5 of their previous 6 games, shipping 6 goals in the process. We will see whether or not that trend can be continued on here.

Following on from a loss in their previous game against Cherno More Varna in First League competition, Botev and their fans will hope to get a better result this time.

Azrudin Valentic's Botev have seen their goal attempts be successful 7 times in the course of their previous 6 matches. The overall goals that they have conceded during those matches comes to 9.

Their past results show that Botev:

Looking at their most recent head-to-head clashes dating back to 29/09/2019 tells us that Slavia Sofia have won 4 of these and Botev 1, with the tally of drawn games standing at 1.

A total of 9 goals were scored between the two sides in these games, with 6 of them from The White Avalanche and 3 being from The Canaries. That’s an average goals per game of 1.5.

The Slavia Sofia boss Zlatomir Zagorčić has a full complement, with no fitness worries to speak of before this game thanks to a fully healthy group available to select from.

Owing to a fully healthy group to choose from, the Botev manager Azrudin Valentic has no fitness concerns to report coming into this game.

We’ve got the feeling that Botev should be able to find the net against this Slavia Sofia side, although it is unlikely to be enough to avoid a loss.

We are anticipating a narrow 2-1 advantage for Slavia Sofia after 90 minutes. We’ll have to see what happens. 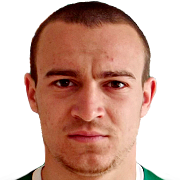 Usually playing in the Left Attacking Midfielder position, Toni Tasev was born in Bulgaria. After having made a senior debut playing for Pirin in the 2015 - 2016 season, the gifted Midfielder has netted 5 league goals in this First League 2021 - 2022 campaign to date in 15 appearances.

While we have made these predictions for Slavia Sofia v Botev for this match preview with the best of intentions, no profits are guaranteed. Always gamble responsibly, and with what you can afford to lose. Good luck!