Return to this page a few days before the scheduled game when this expired prediction will be updated with our full preview and tips for the next match between these teams.
Full-Time Result Prediction
👉
Pirin to Win

Botev Vratsa will be the visitors at Stadion Hristo Botev on Friday for the First League tie with hosts Pirin.

All Pirin v Botev Vratsa game predictions, stats and user poll are shown below (including the best match odds).

Pirin prepare for this match after a 1-1 First League drawn game against Slavia Sofia.

It has been seldom in recent times where Pirin have shown defensive steel. It will be a concern for them that Pirin have seen their defence breached in 6 of their previous 6 games, letting in 12 goals in the process. Such a pattern might not be carried forward into this match, though.

Heading into this contest, Pirin have not won at home in their last 2 league matches.

In their last fixture, Botev Vratsa drew 2-2 in the First League match with Lokomotiv Sofia.

The stats don’t lie, and Botev Vratsa have been scored against in 5 of their last 6 matches, conceding 15 goals in all. Defensively, Botev Vratsa just haven’t been too solid at all.

Going into this encounter, Botev Vratsa are without an away win for the past 3 league matches.

The Pirin boss Warren Feeney does not have any fitness worries at all coming into this match owing to a fully injury-free group available to choose from.

Due to a mostly full-strength group, there is just the sole fitness issue for the Botev Vratsa gaffer Daniel Morales to be concerned about. Kostadin Nichev (Fractured Hand) won’t be playing here. Players who are serving a ban and are therefore ineligible to play are Yoan Baurenski and Krasimir Todorov.

Looking at these two teams, we feel that Botev Vratsa will have to perform well to hit the back of the net against this Pirin lineup who we think might well win and very possibly keep a clean sheet.

We therefore fancy a very even match with a 1-0 win for Pirin at the end of the match. 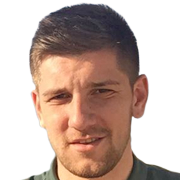 Mostly playing in the Centre Midfield position, Krasimir Stanoev was born in Blagoevgrad, Bulgaria. After making a first senior appearance for Litex Lovech in the 2012 - 2013 season, the skilful Midfielder has managed 3 league goals in this First League 2021 - 2022 season so far in 9 appearances.

We have made these Pirin v Botev Vratsa predictions for this match preview with the best intentions, but no profits are guaranteed. Please always gamble responsibly, only with money that you can afford to lose. Good luck!