The Championship game at Pride Park Stadium on Sunday sees home side Derby County do battle with Bournemouth.

Our Derby County v Bournemouth predictions, statistics and match poll can be seen below - plus the latest betting odds.

In that match, Derby County managed 53% possession and 13 shots at goal with 5 on target. The only player on the scoresheet for Derby County was Festy Ebosele (44'). Millwall had 14 shots on goal with 3 of them on target. Scott Malone (45') scored for Millwall.

Derby County have been finding it hard to keep clean sheets lately, although they’ve also managed to convert their own chances into goals. Looking at their last 6 games, Derby County have seen their goal breached in 5 of them in addition to scoring in 5 of those games. We will see whether or not that trend can be continued on into this next match.

Ahead of this meeting, Derby County are without a home win in the past 3 league games.

Bournemouth will go into the clash following on from a 4-0 Championship win with the defeat of Swansea City in their last match.

The trend of at least one team not managing to score in games involving Bournemouth has become apparent in recent matches. A glance at their last 6 meetings shows that this has happened 5 times. During those clashes, opposing sides have managed a goal total of 2 and Bournemouth have scored 13.

Ahead of this meeting, Bournemouth are undefeated in their previous 8 league matches away from home. Impressive, to say the least.

Checking on their past head to head meetings going back to 23/11/2013 reveals that these encounters have not been kind to Bournemouth. They have not managed to get themselves any victories whatsoever whereas Derby County have just been stronger than them, winning in 67% of those match-ups.

An aggregate of 11 goals were scored between the two sides throughout the course of those matches, with 8 of them from The Rams and 3 for The Cherries. The average number of goals per game works out to 1.83.

The last league game between these clubs was Championship match day 25 on 19/01/2021 when the final score was Derby County 1-0 Bournemouth.

On that occasion, Derby County had 38% possession and 12 shots at goal with 6 on target. The scorer was Krystian Bielik (32').

For their opponents, Bournemouth got 9 shots at goal with 2 on target.

The Derby County manager Wayne Rooney has no fitness worries at all before this game owing to a completely healthy squad ready to go.

Due to a fully injury-free group to choose from, the Bournemouth boss Scott Parker doesn’t have any fitness concerns to speak of before this game.

In our view, Derby County might have a difficult job to register a score against this Bournemouth team who we think should emerge victorious.

Our tip is therefore for a 0-1 advantage for Bournemouth at the end of the 90 minutes. 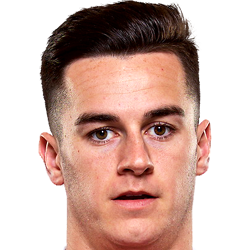 Customarily used in the Right Wing position, Tom Lawrence was born in Wrexham, Wales. After making a first senior appearance for Carlisle United in the 2013 - 2014 season, the goalscoring Forward has managed 2 league goals in this Championship 2021 - 2022 campaign so far in a total of 15 appearances.

We have made these Derby County v Bournemouth predictions for this match preview with the best intentions, but no profits are guaranteed. Please always gamble responsibly, only with money that you can afford to lose. Good luck!