Harrogate Town make the trip to Utilita Energy Stadium on Monday for the League Two clash with home side Bradford City.

View all of the Bradford City v Harrogate Town predictions, poll and stats below - along with the latest match odds.

Bradford City go into this game following on from a 1-1 EFL Trophy drawn result versus Wolves U23s.

Stuart McCall's Bradford City have managed to score a sum total of 5 times over their last six outings. The number of goals that they have conceded in those same games stands at 9.

Coming into this fixture, Bradford City are unbeaten in their last 12 league matches at home. They have been so resilient here.

Harrogate Town head into the game after a 3-1 EFL Trophy win in the defeat of Leicester City U23s in their most recent game.

In a total of 5 out of the previous 6 clashes featuring Harrogate Town, a minimum of three goals have been hit. The overall average goals scored per game in that time is 3, with the average number of goals for The Town equalling 1.67.

Coming into this clash, Harrogate Town are unbeaten in their last 7 away league matches.

Bradford City manager Stuart McCall doesn’t have any fitness concerns to speak of before this game with a completely injury-free squad to pick from.

Due to a completely healthy group to pick from, Harrogate Town manager Simon Weaver does not have any fitness concerns whatsoever coming into this match.

We believe that Harrogate Town should get enough chances to score a goal against this Bradford City side, although that may not be as many as they’ll concede.

Our tip is for a narrow 2-1 advantage for Bradford City when the full-time whistle blows. Expecting it to be very competitive. 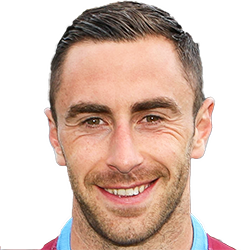 Normally deployed in the Striker position, Lee Novak was born in Newcastle, England. After having made a senior debut playing for Huddersfield Town in the 2009 - 2010 season, the gifted Forward has struck 3 league goals in this League Two 2020 - 2021 season to date in 3 appearances.

While we have made these predictions for Bradford City v Harrogate Town for this match preview with the best of intentions, no profits are guaranteed. Always gamble responsibly, and with what you can afford to lose. Good luck with your selections.