Our tips, poll and stats for Sutton United v Bradford City can all be found here (inc. the best betting odds).

Sutton United are hoping to win again after their last result, the 3-0 League Two triumph versus Crawley Town.

Matt Gray's Sutton United have seen rewards for their attempts on goal a sum total of 10 times over their past half-dozen outings. The corresponding number of goals that they have conceded in those same fixtures is 7.

Ahead of this meeting, Sutton United are undefeated in their last 15 home league matches. What a fantastic run.

Bradford City will come into the meeting after a 2-1 League Two win with the downing of Scunthorpe United in their most recent fixture.

The forward players for Bradford City have struggled for goals over their previous six encounters, contributing the unsatisfactory return of just 4. In those fixtures, The Bantams have also seen the overall goal tally of their opponents equal 7. Despite that, it remains to be seen if the trend will be replicated in this next game.

The previous league game featuring these clubs was League Two match day 21 on 11/12/2021 which ended up with the score at Bradford City 2-2 Sutton United.

The referee was Peter Wright.

The Sutton United manager Matt Gray has zero fitness worries to speak of ahead of this clash thanks to a fully healthy squad to pick from.

With a completely healthy group to choose from, the Bradford City manager Mark Hughes doesn’t have any fitness concerns at all coming into this match.

For this match, we think that Bradford City must be fancied to put a goal past this Sutton United side, but it probably won’t be enough to avoid defeat.

Our selection here is for a very close game with a 2-1 winning score for Sutton United at full-time. There looks to be little in this one. 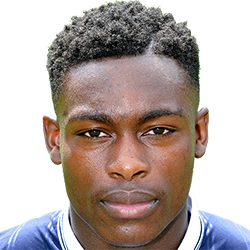 Normally deployed in the Striker position, Isaac Olaofe was born in England. Having made a first senior appearance for St Johnstone in the 2020 - 2021 season, the accomplished Forward has scored 7 league goals in this League Two 2021 - 2022 campaign so far in 24 appearances.

While we have made these predictions for Sutton United v Bradford City for this match preview with the best of intentions, no profits are guaranteed. Always gamble responsibly, and with what you can afford to lose. Good luck if you do place a bet today.