Return to this page a few days before the scheduled game when this expired prediction will be updated with our full preview and tips for the next match between these teams.
Full-Time Result Prediction for Brechin City vs Annan Athletic
Draw
The League Two fixture at Glebe Park on Saturday sees hosts Brechin City ready themselves for the visit of Annan Athletic.

In our opinion, Annan Athletic and Brechin City could both find themselves scoring on more than one occasion in a potential goal-fest with little between the two teams. Looks like a high-scoring draw might be possible, as we’re expecting it to be that close. We’re therefore anticipating a very competitive game with a 2-2 scoreline when the referee blows the final whistle. Scroll down to see all of the predictions, poll and statistics for Brechin City v Annan Athletic (plus the best game odds).

Coming into this fixture, Brechin City have not won at home in their last 3 matches in the league. 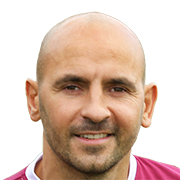 Typically played in the Striker position, Paul McManus was born in Kirkcaldy, Scotland. Having made his senior debut playing for East Fife in the 2000 - 2001 season, the gifted Forward has accumulated 7 league goals in this League Two 2019 - 2020 season to date in a total of 21 appearances.

While we have made these predictions for Brechin City v Annan Athletic for this match preview with the best of intentions, no profits are guaranteed. Always gamble responsibly, and with what you can afford to lose. Good luck!