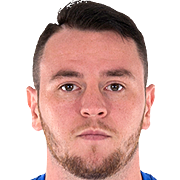 Customarily deployed in the Striker position, Lee Tomlin was born in Leicester, England. After making a first senior appearance for Rushden in the 2005 - 2006 season, the dangerous Forward has hit 7 league goals in this Championship 2019 - 2020 campaign to date in a total of 24 appearances.

While we have made these predictions for Cardiff v Brentford for this match preview with the best of intentions, no profits are guaranteed. Always gamble responsibly, and with what you can afford to lose.