Brescia will do battle with away side Frosinone at Stadio Mario Rigamonti in the Serie B meeting on Sunday.

Brescia will be hoping to return to winning ways here after the 1-0 Serie B loss in their previous game against Südtirol-Alto Adige.

It’s been seldom in recent games where Brescia have managed to hold out for a full 90 minutes. It will be a concern for them that Brescia have seen their defence breached in 6 of their previous 6 clashes, shipping 10 goals along the way. That pattern isn’t assured to follow through here, of course.

A look at their previous results shows us that Brescia:

Frosinone come into this clash following on from a 2-1 Serie B win with the defeat of Modena in their most recent game.

Coming into this meeting, Frosinone haven't been beaten by Brescia when they have played them away from home in the previous 3 matches in the league.

A glance at their most recent head-to-head clashes going back to 01/05/2018 shows that Brescia have won 1 of these and Frosinone 3, with the tally of drawn results being 2.

A combined sum of 18 goals were shared by the two clubs during those clashes, with 7 for Rondinelle and 11 coming from Canarini. This gives an average number of goals per game equal to 3.

The previous league game featuring the two was Serie B match day 2 on 21/08/2022 when the final score was Frosinone 3-0 Brescia.

Brescia got 8 attempts on goal with 2 on target.

The referee was Manuel Volpi.

The Brescia boss Pep Clotet has zero fitness worries to speak of coming into this match thanks to a fully injury-free group available to choose from. Emanuele Ndoj cannot play in this game through suspension.

We’ve got the feeling that Brescia may not find it easy to breach the defence of this Frosinone outfit who we think might get the win and a maybe even keep a clean sheet as well.

Our tip is therefore for a very competitive game with a 0-1 advantage for Frosinone at the conclusion of the game. 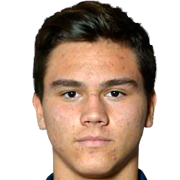 Generally taking up the Striker position, Flavio Bianchi was born in Asti, Italy. Having made his senior debut playing for Genoa in the 2021 - 2022 season, the talented Forward has scored 4 league goals in this Serie B 2022 - 2023 campaign so far in 18 appearances.

We have made these Brescia v Frosinone predictions for this match preview with the best intentions, but no profits are guaranteed. Please always gamble responsibly, only with money that you can afford to lose. We wish you the best of luck.