Our full set of predictions, statistics and match poll for Lazio v Brescia can be seen below - as well as up-to-date odds.

Lazio will be looking for a repeat result of the 1-5 Serie A success versus Hellas Verona.

Three or more goals per match were seen in 5 of the past 6 meetings where Lazio have taken part. Their opponents scored 8 times in this period while i Biancocelesti managed to get a total of 10.

Heading into this fixture, Lazio have not been beaten in the league by Brescia in their previous 5 games.

Since being defeated in their last game at the hands of Parma in Serie A competition, Brescia and their travelling supporters will be hoping that they can get a better result in this one.

In that game, Brescia had 41% possession and 12 attempts on goal with 7 on target. The only player on the scoresheet for Brescia was Daniele Dessena (62'). At the other end, Parma had 14 attempts at goal with 6 of them on target. Matteo Darmian (59') and Dejan Kulusevski (81') scored for Parma.

The numbers tell their own story, and Brescia have been scored against in 6 of their last 6 games, with opponents netting 18 goals in total. Defensively, Rondinelle have some weaknesses to address. Let’s see if that trend can be continued on into this next match.

Looking at their most recent head-to-head clashes dating back to 09/05/2004 shows that Lazio have won 4 of them & Brescia 1, with the tally of drawn games being 1.

11 goals were shared by the two clubs in this period, with 8 of them from i Biancocelesti and 3 belonging to Rondinelle. This gives an average number of goals per game equal to 1.83.

The previous league meeting featuring these clubs was Serie A match day 18 on 05/01/2020 which finished with the scoreline of Brescia 1-2 Lazio.

On that day, Brescia had 36% possession and 6 shots on goal with 3 on target. The scorer was Mario Balotelli (18').

It looks as if i Biancocelesti will probably use the 3-5-2 system this time, beginning the first half with Thomas Strakosha, Luiz Felipe, Francesco Acerbi, Patric, Djavan Anderson, Sergej Milinkovic-Savic, Marco Parolo, Luis Alberto, Adam Marusic, Ciro Immobile and Joaquin Correa.

It’s pretty clear that Brescia will have a tough assignment to get a goal against a Lazio lineup who appear set to win well here.

Our selection here is for a comprehensive 3-0 winning scoreline for Lazio when all is said and done.

Over/Under 2.5 Goals Prediction for Lazio vs Brescia
Over 2.5 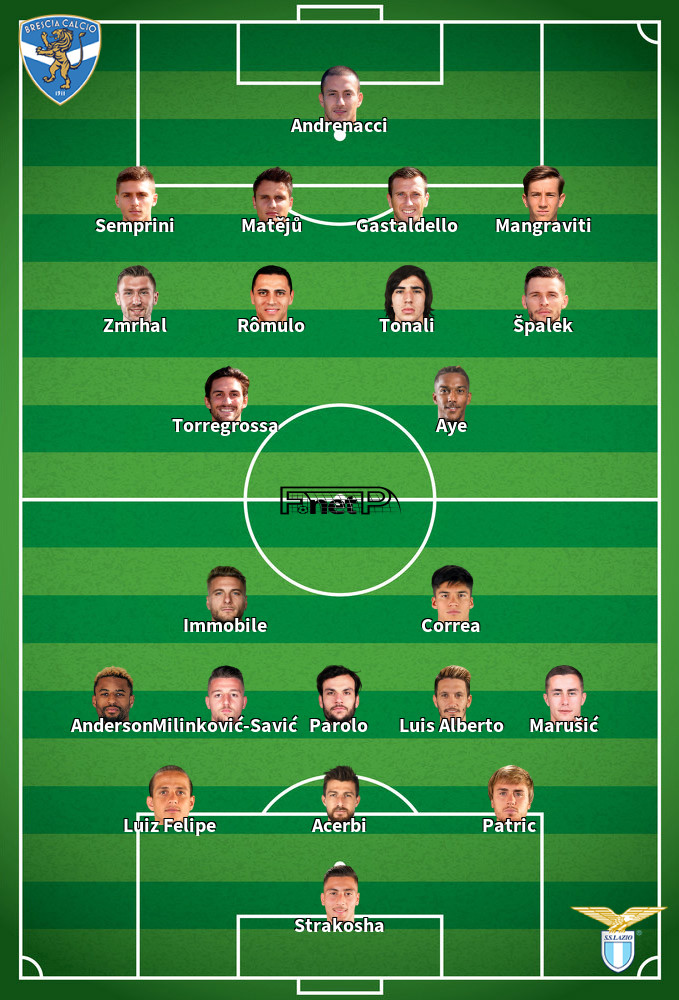 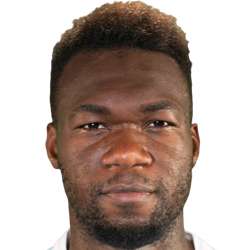 Customarily used in the Striker position, Felipe Caicedo was born in Guayaquil, Ecuador. After making a first senior appearance for FC Basel 1893 in the 2006 - 2007 season, the goalscoring Forward has managed 9 league goals in the Serie A 2019 - 2020 campaign to date coming from a total of 30 appearances.

While we have made these predictions for Lazio v Brescia for this match preview with the best of intentions, no profits are guaranteed. Always gamble responsibly, and with what you can afford to lose. Best of luck with your selections.