Pescara journey to Stadio Mario Rigamonti on Saturday for the Serie B fixture with home side Brescia.

Our tips, poll and stats for Brescia v Pescara can all be found here - as well as up-to-date odds.

Brescia enter this fixture following on from a 2-2 Serie B drawn result vs Reggiana.

In that game, Brescia managed 61% possession and 6 attempts at goal with 2 on target. For Brescia, the scorers were Florian Ayé (30') and Aleš Matějů (79'). At the other end, Reggiana got 19 attempts on goal with 3 on target. Luca Zamparo (47') and Ivan Varone (90') scored for Reggiana.

Their latest results show that not much more can be done by the Brescia rearguard. Rondinelle have kept it tight, seeing the tally of goals that have gone in at their end over the course of their previous 6 clashes standing at 4. We will have to find out whether or not that trend can be sustained here.

Leading up to this clash, Brescia:

Previously, Pescara drew 1-1 in the Serie B tie with Monza.

In that game, Pescara had 42% possession and 18 shots on goal with 5 on target. The only player on the scoresheet for Pescara was Damir Ceter (72'). At the other end, Monza got 18 attempts on goal with 3 of them on target. Davide Frattesi (23') was the scorer for Monza.

Looking at their form, and Pescara have been scored against in 5 of their last 6 matches, seeing opposing sides hit 7 goals in total. In defence, Delfini seem to have a bit of a soft underbelly.

Going into this game, the form guide shows that Pescara:

A look at their past head to head clashes going back to 23/04/2016 shows that Brescia have won 3 of these games & Pescara 1, with the tally of drawn results standing at 2.

An aggregate of 19 goals were produced between them during those clashes, with 13 for Rondinelle and 6 coming from Delfini. The average goals per game has been 3.17.

The previous league encounter featuring these sides was Serie B match day 14 on 22/12/2020 when it ended Pescara 1-1 Brescia.

That time, Pescara had 54% possession and 16 shots at goal with 4 on target. Their only player to score was Salvatore Bocchetti (61').

On the other side, Brescia had 4 attempts at goal with 2 of them on target. Ernesto Torregrossa (43') scored.

Due to a fully healthy squad available to select from, Pescara boss Gianluca Grassadonia has no fitness worries to speak of coming into this game.

We believe that Pescara have the firepower to find the back of the net against this Brescia team, but it possibly won’t quite be as many as they’ll concede.

Our selection here is for a very close game with a 2-1 winning margin for Brescia at full-time. It really should be an interesting one. 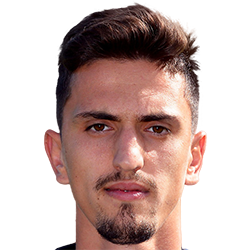 Mostly taking to the field in the Centre Midfield position, Emanuele Ndoj was born in Catania, Italy. Having played his first senior match for Brescia in the 2016 - 2017 season, the goalscoring Midfielder has scored a sum of 5 league goals in the Serie B 2020 - 2021 campaign so far from a total of 8 appearances.

We have made these Brescia v Pescara predictions for this match preview with the best intentions, but no profits are guaranteed. Please always gamble responsibly, only with money that you can afford to lose. We wish you the best of luck.