Brescia face off with visiting rivals Pisa at Stadio Mario Rigamonti in the Serie B game on Saturday.

Our Brescia v Pisa tips, poll and stats can be seen in full below - as well as up-to-date odds.

Brescia fans will want a repeat of their previous result, being a 2-3 Serie B victory versus Vicenza.

In that match, Brescia managed 51% possession and 6 shots at goal with 6 on target. For Brescia, goals were scored by Rodrigo Palacio (21') and Massimo Bertagnoli (40', 81'). For their opponents, Vicenza had 19 attempts on goal with 6 of them on target. Federico Proia (18') and Stefano Giacomelli (84') scored for Vicenza.

Their more recent scorelines shine a light on the fact that things are going according to plan in the Brescia rearguard. Brescia have given the opposition little, seeing the tally of goals that have flown into the back of their net over the course of their last 6 games standing at 4. That aside, we’ll just have to find out if that trend shall continue on in this next match.

Coming into this fixture, Brescia are unbeaten in their previous 3 home league matches.

Pisa will go into this match following on from a 1-0 Serie B win versus Benevento in their most recent fixture.

In that match, Pisa had 34% possession and 9 shots on goal with 1 on target. The scorer for Pisa was Yonatan Cohen (7'). For their opponents, Benevento had 18 shots at goal with 6 of them on target.

The numbers tell their own story, and Pisa have been scored against in 5 of their last 6 matches, with opponents netting 7 goals in all. In defence, Pisa have clearly had some problems.

Going into this contest, Pisa are without a win away from home in their last 4 matches in the league.

A review of their past head to head clashes dating back to 17/01/2009 shows that Brescia have won 3 of them and Pisa 2, with the tally of drawn games standing at 1.

A sum of 16 goals were scored between the two sides in these games, with 10 for Rondinelle and 6 created by Nerazzurri. That is an average goals per game value of 2.67.

The Brescia manager Filippo Inzaghi will be happy not to have any fitness worries to speak of coming into this match with a fully injury-free group ready to go.

Owing to a completely injury-free group to pick from, the Pisa boss Luca D'Angelo doesn’t have any fitness worries at all ahead of this clash.

We’re envisaging that Pisa might have a difficult job to get anything against this Brescia side who should be able to get on the scoresheet themselves in a winning performance.

We therefore think that it’s going to be a good tussle with a 1-0 winning score for Brescia at the end of this one. 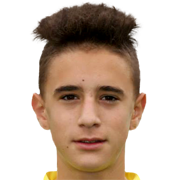 Mostly used in the Centre Midfield position, Massimo Bertagnoli was born in Verona, Italy. After having played his first senior match for Chievo Verona in the 2019 - 2020 season, the talented Midfielder has managed to score 3 league goals in the Serie B 2021 - 2022 campaign to date coming from a total of 13 appearances.

While we have made these predictions for Brescia v Pisa for this match preview with the best of intentions, no profits are guaranteed. Always gamble responsibly, and with what you can afford to lose. Good luck if you do place a bet today.