Full-Time Result Prediction for Brighton vs Aston Villa
Brighton to Win
Aston Villa make the trip to AMEX Stadium on Saturday for the Premier League game with home team Brighton.

We feel that in this game, Brighton have it within them to stay in control for long periods of time and should be able to convert a few of the chances that they create. In contrast, Aston Villa won’t find it easy to score a goal of their own but we do think it’s quite likely that they will be getting the chances to score, too. Our tip is for a 3-1 margin for Brighton when the full-time whistle blows. For all of our match predictions, pre-game poll and statistics for Brighton v Aston Villa, scroll down (inc. the best betting odds).

⚽️ What happened last time these teams met in this league? 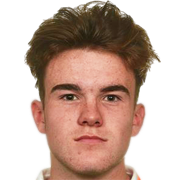 Generally played in the Striker position, Aaron Connolly was born in Galway, Rep. Ireland. Having played his first senior match for Brighton & Hove Albion in the 2019 - 2020 season, the gifted Forward has got 2 league goals in this Premier League 2019 - 2020 campaign so far in a total of 14 appearances.

While we have made these predictions for Brighton v Aston Villa for this match preview with the best of intentions, no profits are guaranteed. Always gamble responsibly, and with what you can afford to lose. Good luck!

⚽️ Where can I find the odds for other Premier League games?