The two sides are preparing for FA Cup action on Sunday when Brighton will take on Liverpool.

All of our predictions, stats and the user poll for Brighton & Hove Albion v Liverpool are shown below - plus the latest betting odds.

Brighton enter this game after a 2-2 Premier League drawn result against Leicester City.

Previously, Liverpool drew 0-0 in the Premier League tie with Chelsea.

Jürgen Klopp's Liverpool have had reason to celebrate scoring a total of 6 times throughout their previous 6 matches. The overall goals that have been scored against them during those matches adds up to 9.

Inspecting their prior head to head meetings going back to 28/11/2020 shows us that Brighton have won 2 of them & Liverpool 1, with the number of drawn matches standing at 3.

A total of 18 goals were yielded between them during those clashes, with 10 from The Seagulls and 8 created by The Reds. This gives an average number of goals per game equal to 3.

The last league meeting featuring these sides was Premier League match day 20 on 14/01/2023 which ended up with the score at Brighton & Hove Albion 3-0 Liverpool.

At the other end, Liverpool had 6 shots on goal with 2 on target.

We’ve got the feeling that Liverpool and Brighton & Hove Albion should both be able to score more than once here although it’s hard to pick a clear winner.

A close call, and we think a draw is quite likely - as are goals. We therefore think that it’s going to be a hard-fought draw at the end of this one. 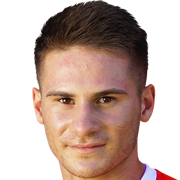 Usually deployed in the Central Attacking Midfielder position, Alexis Mac Allister was born in La Pampa, Argentina. Having played his first senior match for Argentinos Juniors in the 2016 - 2017 season, the accomplished Midfielder has scored 5 league goals in the Premier League 2022 - 2023 season to date coming from a total of 17 appearances.

We have made these Brighton & Hove Albion v Liverpool predictions for this match preview with the best intentions, but no profits are guaranteed. Please always gamble responsibly, only with money that you can afford to lose. Best of luck with your selections.