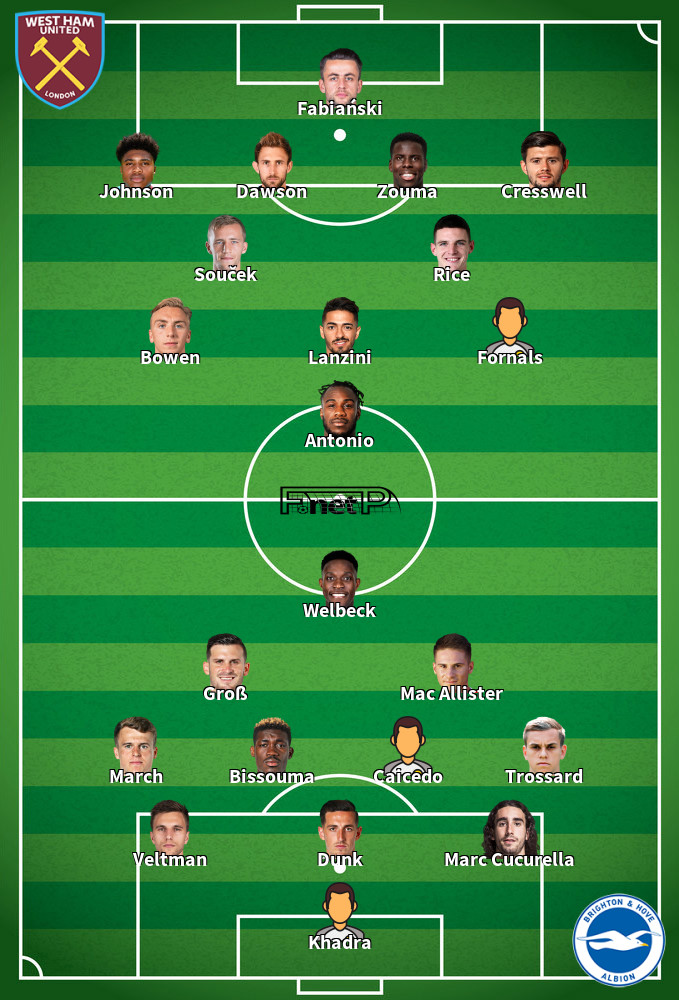 Usually used in the Striker position, Neal Maupay was born in Versailles, France. After having made a senior debut playing for Nice in the 2012 - 2013 season, the accomplished Forward has managed 8 league goals in the Premier League 2021 - 2022 season to date coming from a total of 31 appearances.

We have made these Brighton & Hove Albion v West Ham United predictions for this match preview with the best intentions, but no profits are guaranteed. Please always gamble responsibly, only with money that you can afford to lose.