Brisbane Roar make the trip to Campbelltown Stadium on Friday for the A-League fixture with home side Macarthur FC.

Scroll down for all of our predictions, poll and stats for the Macarthur FC v Brisbane Roar game - as well as up-to-date odds.

Macarthur FC, following on from their previous result, will be hoping for more of the same after the 2-0 A-League success versus Perth Glory.

In that match, Macarthur FC managed 55% possession and 15 shots at goal with 4 on target. The scorer for Macarthur FC was Matt Derbyshire (10', 45'). At the other end, Perth Glory had 5 attempts on goal with 2 on target.

A common trait of recent Macarthur FC games is the high number of scores with a nil in them.

Taking their previous 6 matches leading up to this one, in 5 of them a bet on "Both Teams to Score" would've been a losing one.

Going into this one, Macarthur FC are undefeated in their last 4 league matches at home.

Over the course of 5 of the prior 6 clashes featuring Brisbane Roar, a comparatively low number of goals have gone in between them and their opposition. The overall average goals scored per game in that spell is just 1.83, with the number of goals averaged by The Roar being 0.67. We will find out whether or not that trend will be sustained here.

Ahead of this clash, Brisbane Roar are without a win away from home in their last 4 matches in the league.

The previous league meeting featuring these sides was A-League match day 5 on 09/02/2021 when it ended Brisbane Roar 0-2 Macarthur FC.

Macarthur FC boss Ante Miličić does not have any fitness concerns to speak of ahead of this clash with a fully healthy group available for selection.

With a completely healthy squad available to choose from, Brisbane Roar manager Warren Moon has no fitness concerns whatsoever coming into this match.

We’ve got the feeling that Brisbane Roar will really need to work well to get anything against this Macarthur FC team who will likely score one, at least.

We’re therefore tipping a very competitive game with a 1-0 advantage for Macarthur FC when the full-time whistle blows. 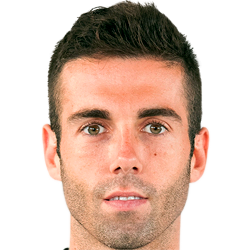 Customarily playing in the Right Wing position, Markel Susaeta was born in Eibar, Spain. Having made his senior debut playing for Athletic Bilbao in the 2007 - 2008 season, the talented Forward has struck 2 league goals in the A-League 2020 - 2021 campaign to date in a total of 15 appearances.

While we have made these predictions for Macarthur FC v Brisbane Roar for this match preview with the best of intentions, no profits are guaranteed. Always gamble responsibly, and with what you can afford to lose. Best of luck with your selections.