The A-League meeting at McDonald Jones Stadium on Friday sees home side Newcastle United Jets fighting it out with Brisbane Roar.

All of our predictions, stats and the user poll for Newcastle United Jets v Brisbane Roar are shown below (inc. the best betting odds).

Newcastle United Jets enter this match following on from a 1-1 A-League stalemate versus Western Sydney Wanderers.

In their last game, Brisbane Roar drew 0-0 in the A-League tie with Melbourne City.

For 5 of the prior six games involving Brisbane Roar, a notably low volume of goals have been scored between them and their opponents. The overall average number of goals per game during that spell comes out as a paltry 1.5, with the number of goals averaged by The Roar being 0.67. We will just have to see if that trend will end up being continued on here.

Looking at their prior head-to-head meetings stretching back to 20/01/2021 shows us that Newcastle United Jets have won 1 of these and Brisbane Roar 4, with the number of drawn results being 1.

In all, 12 goals were scored between them during those clashes, with 4 of them from The Jets and 8 created by The Roar. The average goals per game has been 2.

The previous league fixture featuring these sides was A-League match day 8 on 16/12/2022 when it ended Newcastle United Jets 0-1 Brisbane Roar.

In that game, Newcastle United Jets had 64% possession and 7 shots at goal with 2 of them on target.

Brisbane Roar got 18 shots at goal with 6 of them on target. Nikola Mileusnic (80') was the scorer.

The Newcastle United Jets manager Arthur Papas does not have any fitness concerns at all ahead of this clash with a fully healthy squad available to choose from.

Due to a completely healthy squad available for selection, the Brisbane Roar manager Warren Moon has zero fitness concerns to report coming into this match.

In our view, Brisbane Roar and Newcastle United Jets could both end up scoring in a what should be a good tussle with little between the two teams.

A close call, and we think a draw is quite likely. We’re therefore seeing a 1-1 score when the referee blows the full-time whistle. 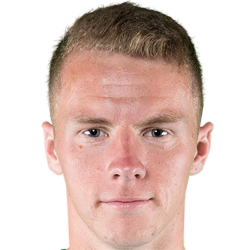 Regularly played in the Striker position, Trent Buhagiar was born in Australia. Having made a first senior appearance for Central Coast Mariners in the 2015 - 2016 season, the dangerous Forward has struck 2 league goals in the A-League 2022 - 2023 season so far coming from a total of 12 appearances.

We have made these Newcastle United Jets v Brisbane Roar predictions for this match preview with the best intentions, but no profits are guaranteed. Please always gamble responsibly, only with money that you can afford to lose.