Sydney FC will be taking on visiting rivals Brisbane Roar at Leichhardt Oval in this A-League clash on Saturday.

Scroll down for all of our predictions, poll and stats for the Sydney FC v Brisbane Roar game - plus the latest match odds.

Sydney FC, following on from their previous result, will be hoping for more of the same after a 0-3 A-League triumph vs Macarthur FC.

In that match, Sydney FC managed 57% possession and 12 attempts at goal with 5 on target. For Sydney FC, the goalscorers were Patrick Wood (11'), Max Burgess (28') and Trent Buhagiar (58'). At the other end, Macarthur FC had 9 shots on goal with 3 of them on target.

In their past 6 games, Steve Corica's Sydney FC have hit the back of the net a combined total of 7 times - an average number of goals per match of 1.17.

After being beaten in their last game against Western United in A-League competition, Brisbane Roar and their fans will hope to get a better result this time.

The forward players for Brisbane Roar have struggled for goals over their previous 6 games, netting the poor return of only 2. In those fixtures, The Roar have also seen the overall goal aggregate of opposing teams equal 10. That pattern isn’t assured to be carried forward here, however.

An examination of their prior head to head meetings dating back to 07/12/2019 shows us that Sydney FC have won 3 of them & Brisbane Roar 0, with the number of drawn matches being 3.

A combined sum of 13 goals were yielded between them in this period, with 10 for The Sky Blues and 3 created by The Roar. That’s an average goals per game of 2.17.

The last league clash featuring these clubs was A-League match day 24 on 05/06/2021 when the final score was Brisbane Roar 0-2 Sydney FC.

On that day, Brisbane Roar had 55% possession and 31 shots on goal with 6 of them on target.

The match was refereed by Alireza Faghani.

Due to a fully injury-free group available for selection, the Brisbane Roar boss Warren Moon has no fitness concerns at all coming into this game.

We feel that in this game, Sydney FC will most probably get the goals that they need when they meet Brisbane Roar, who might well find it difficult getting goals. 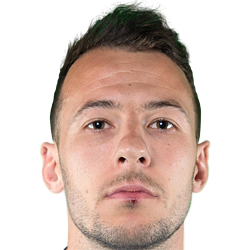 Normally deployed in the Striker position, Adam Le Fondre was born in Stockport, England. After having made a senior debut playing for Stockport County in the 2004 - 2005 season, the gifted Forward has got 2 league goals in this A-League Men 2021 - 2022 season to date in a total of 5 appearances.

While we have made these predictions for Sydney FC v Brisbane Roar for this match preview with the best of intentions, no profits are guaranteed. Always gamble responsibly, and with what you can afford to lose. Good luck if you do place a bet today.