Return to this page a few days before the scheduled game when this expired prediction will be updated with our full preview and tips for the next match between these teams.
Full-Time Result Prediction
👉
Brisbane Roar to Win

Brisbane Roar will be taking on visiting team Western United at Suncorp Stadium in the A-League clash on Wednesday.

Scroll down for all of our predictions, poll and stats for the Brisbane Roar v Western United game - as well as up-to-date odds.

Their latest results show that not much more can be done by the Brisbane Roar backline. The Roar have given the opposition little, seeing the total number of goals that have flown into the back of their net over the course of their last 6 clashes standing at 4. We will have to see whether or not that trend can be continued on in this game.

In their previous fixture, Western United drew 0-0 in the A-League match with Adelaide United.

In 5 of the prior 6 clashes involving Western United, a relatively low number of goals have been scored between them and opposing sides. The overall average goals scored per game in that spell comes to a mere 1.83, with the number of goals averaged by The West equalling 1.17.

Heading into this contest, Western United have not won away from home in their last 2 matches in the league.

The last league game between the two was A-League match day 12 on 14/03/2021 which ended up with the score at Western United 1-0 Brisbane Roar.

The referee was Alireza Faghani.

Brisbane Roar boss Warren Moon does not have any fitness concerns at all before this clash thanks to a fully healthy squad ready to go.

With a fully injury-free squad ready to go, Western United manager Mark Rudan doesn’t have any fitness worries whatsoever before this clash.

When taking all factors into account, Western United have it in them to put a goal past this Brisbane Roar side, but that probably won’t be as many as the goals that they could concede.

We’re tipping a tight encounter finishing with a 2-1 advantage for Brisbane Roar at the end of the 90 minutes. Let’s just see how this one goes. 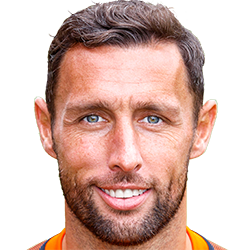 Normally taking to the field in the Striker position, Scott McDonald was born in Dandenong, Australia. After making a first senior appearance for Southampton in the 2001 - 2002 season, the dangerous Forward has got 3 league goals in the A-League 2020 - 2021 campaign so far in 9 appearances.

We have made these Brisbane Roar v Western United predictions for this match preview with the best intentions, but no profits are guaranteed. Please always gamble responsibly, only with money that you can afford to lose. We wish you the best of luck.