The Championship game at Ashton Gate Stadium on Saturday will see home side Bristol City locking horns with Sunderland.

Our Bristol City v Sunderland predictions, statistics and match poll can be seen below - plus the latest match odds.

Bristol City will be hoping to return to winning ways here after a 2-1 Championship losing effort in their last game against Hull City.

Nigel Pearson's Bristol City have hit the target a sum total of 11 times in their past six outings. Conversely, the number of goals that have been scored against them in those fixtures amounts to 6.

Looking at their past form shows that Bristol City:

In the game prior to this, Sunderland drew 1-1 in the Championship match with Coventry City.

A run of dependable performances by the Sunderland defenders has resulted in the number of goals they’ve conceded amounting to 3 from their past 6 fixtures combined. Over that same period of time, the number of goals that they have scored themselves amounts to 7. That sort of pattern won’t necessarily be carried forward into this match, of course.

Analysis of their past results shows that Sunderland:

A look at their most recent head to head clashes going back to 13/08/1994 shows that Bristol City have won 1 of them and Sunderland 2, with the number of drawn matches being 3.

A combined total of 14 goals were scored between them in this period, with 6 from The Robins and 8 being from The Black Cats. The average number of goals per game works out to 2.33.

The last league fixture featuring the two was Championship match day 31 on 10/02/2018 which finished with the scoreline of Bristol City 3-3 Sunderland.

On the other side, Sunderland had 13 shots on goal with 3 of them on target. Aiden McGeady (81') was the scorer.

There’s just one fitness concern for the Bristol City boss Nigel Pearson to be concerned with thanks to an almost full-strength group. Nathan Baker (Head Injury) won’t play.

Owing to a completely healthy squad available to select from, the Sunderland boss Alex Neil does not have any fitness worries whatsoever coming into this match.

In our view, Sunderland and Bristol City should both get enough opportunities to score, although it’s hard to separate the two.

A draw looks like a realistic possibility, but we’ll see what happens. We’re therefore expecting a very even match with a score draw at the end of this one. 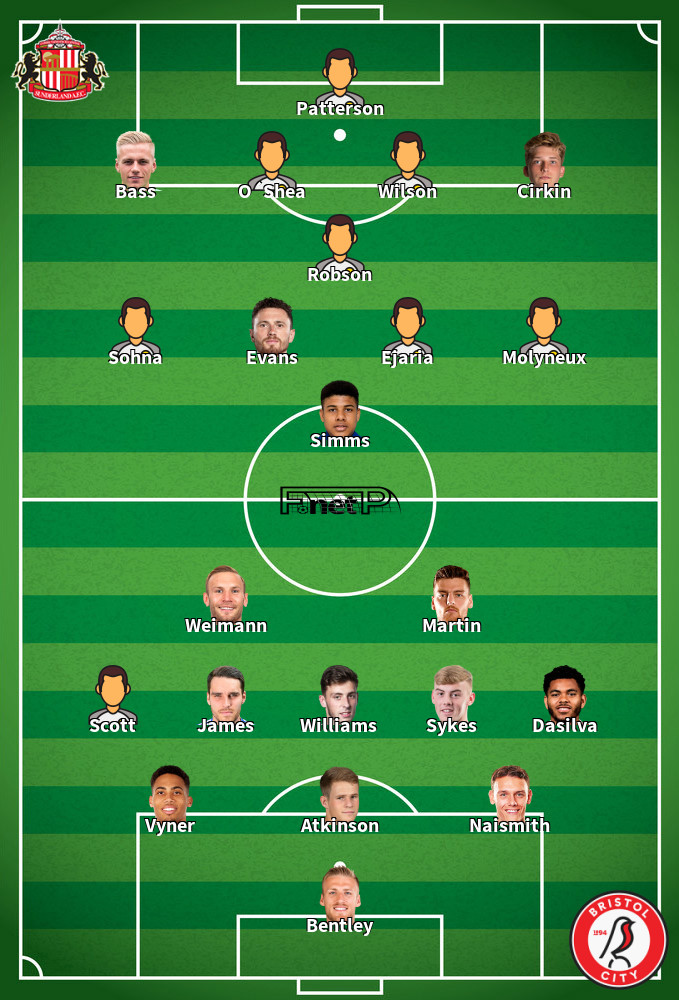 While we have made these predictions for Bristol City v Sunderland for this match preview with the best of intentions, no profits are guaranteed. Always gamble responsibly, and with what you can afford to lose. Good luck if you do place a bet today.