We’re counting down to FA Cup action scheduled for Saturday as Bristol City will be taking on West Bromwich Albion.

Our predictions, user poll and statistics for Bristol City v West Bromwich Albion can be found here - as well as the best betting odds.

Bristol City will play in this fixture after a 1-1 Championship drawn result vs Blackburn Rovers.

After a loss in their previous game against Burnley in Championship action, West Bromwich Albion and their travelling supporters will be hoping that they can get a better result in this one.

A look at their past head-to-head clashes going back to 27/11/2019 shows us that Bristol City have won 1 of these & West Bromwich Albion 4, with the tally of drawn results being 1.

A combined total of 19 goals were produced between them in this period, with 5 of them from The Robins and 14 being from The Baggies. This gives an average number of goals per game equal to 3.17.

The last league meeting between these sides was Championship match day 24 on 26/12/2022 which finished with the scoreline of Bristol City 0-2 West Bromwich Albion.

In that game, Bristol City managed 51% possession and 8 attempts on goal with 3 of them on target.

West Bromwich Albion had 15 attempts at goal with 4 on target. Matt Phillips (9') and Brandon Thomas-Asante (75') scored.

Thanks to a largely full-strength squad, there is just a single fitness worry for the West Bromwich Albion gaffer Carlos Corberán to contend with. Kean Bryan (Cruciate Ligament Surgery) won’t be in action.

Looking at these two teams, we feel that Bristol City will have to play well to break down this West Bromwich Albion side who will likely score at least once to gain the upper hand.

We therefore fancy a highly competitive game with a 0-1 win for West Bromwich Albion at the end of this one. 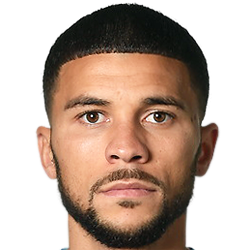 Regularly used in the Left Wing position, Nahki Wells was born in Hamilton, Bermuda. Having played his first senior match for Carlisle United in the 2010 - 2011 season, the dangerous Forward has got 9 league goals in the Championship 2022 - 2023 season so far in 27 appearances.

We have made these Bristol City v West Bromwich Albion predictions for this match preview with the best intentions, but no profits are guaranteed. Please always gamble responsibly, only with money that you can afford to lose. Good luck!