Scroll down to see all of the predictions, poll and statistics for Bristol Rovers v Hartlepool United - as well as the best betting odds.

Bristol Rovers will be looking for an improved result here following a 2-1 FA Cup defeat in their last game at the hands of Peterborough United.

The only name on the scoresheet from Bristol Rovers was Paul Coutts (30'). Sammie Szmodics (20') and Bali Mumba (63') scored for Peterborough United.

Hartlepool United head into the encounter after a 2-1 FA Cup win to beat Blackpool in their most recent match.

For Hartlepool United, the goalscorers were David Ferguson (48') and Joe Grey (61'). Keshi Anderson (8') scored for Blackpool.

During their six latest matches, Graeme Lee's Hartlepool United have converted a total of 7 times thus giving them the goals per game average of 1.17.

Coming into this contest, Hartlepool United have not won against Bristol Rovers in away games against them for the last 6 matches in the league. Not good.

Checking out their prior head to head duels stretching back to 18/01/2011, it’s been all-even between these two clubs with Bristol Rovers winning 2 of those games, Hartlepool United 2 and 2 being drawn in regulation time.

A sum of 17 goals were yielded between them in this period, with 9 of them from The Pirates and 8 coming from The Pool. That’s an average goals per game figure of 2.83.

The previous league encounter featuring these sides was League Two match day 7 on 11/09/2021 when it finished Hartlepool United 1-0 Bristol Rovers.

The Bristol Rovers boss Joey Barton has zero fitness worries whatsoever ahead of this match with a fully healthy group to pick from.

Due to a completely healthy squad to pick from, the Hartlepool United boss Graeme Lee has zero fitness concerns to speak of ahead of this clash.

In this game, Hartlepool United certainly have the ability to put a goal past this Bristol Rovers side, although it possibly won’t be as many as they will have scored against them.

Our selection here is for a 2-1 victory for Bristol Rovers when the full-time whistle blows. Looking forward to seeing how this one unfolds. 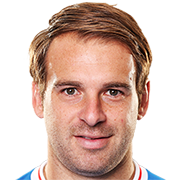 Usually used in the Striker position, Brett Pitman was born in Saint Helier, England. After having played his first senior match for Bournemouth in the 2005 - 2006 season, the accomplished Forward has managed to score 4 league goals in the League Two 2021 - 2022 season to date coming from a total of 14 appearances.

While we have made these predictions for Bristol Rovers v Hartlepool United for this match preview with the best of intentions, no profits are guaranteed. Always gamble responsibly, and with what you can afford to lose. Good luck with your selections.