Our tips, poll and stats for Bristol Rovers v Lincoln City can all be found here (including the best match odds).

Bristol Rovers will be looking to improve on their last outing here after the 2-0 League One loss in their previous game against Ipswich Town.

Going into this game, the form guide shows that Bristol Rovers:

Lincoln City will go into this encounter following a 2-0 League One win with the defeat of Derby County in their last outing.

Mark Kennedy's Lincoln City have found the back of the net 9 times throughout their latest 6 matches. The total of goals that have been scored against them during those same matches comes to 10.

Going into this encounter, Lincoln City have not won away from home in their last 2 league games.

Looking at their past head-to-head meetings dating back to 21/04/2007 shows us that Bristol Rovers have won 4 of these games and Lincoln City 1, with the number of drawn games being 1.

In all, 12 goals were shared by the two clubs in this period, with 8 from The Pirates and 4 for The Red Imps. The average number of goals per game works out to 2.

The previous league match between the two was League One match day 42 on 17/04/2021 when the final score was Bristol Rovers 0-1 Lincoln City.

The match was refereed by Will Finnie.

There aren’t many selection issues, with just a single fitness concern for the Bristol Rovers manager Joey Barton to be concerned about from an otherwise complete group of players. Nick Anderton (cancer) misses out.

We’re envisaging that Lincoln City might well have a job on their hands to score goals against this Bristol Rovers side who we think might well be able to get on the scoresheet themselves in a winning performance.

We’re therefore expecting a good battle with a 1-0 winning margin for Bristol Rovers at the end of the 90 minutes. 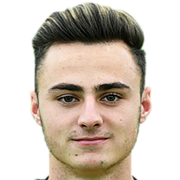 Typically used in the Striker position, Aaron Collins was born in Wales. Having made a first senior appearance for Newport County in the 2014 - 2015 season, the goalscoring Forward has scored a sum of 4 league goals in this League One 2022 - 2023 campaign so far from a total of 7 appearances.

We have made these Bristol Rovers v Lincoln City predictions for this match preview with the best intentions, but no profits are guaranteed. Please always gamble responsibly, only with money that you can afford to lose. Best of luck.