Bromley arrive at Meadowbank on Saturday for the National League tie with hosts Dorking Wanderers.

Our predictions, user poll and statistics for Dorking Wanderers v Bromley can be found here (inc. the best betting odds).

Dorking Wanderers will be hoping for a better result following the 2-0 National League losing effort in their last game against Southend United.

In their last fixture, Bromley drew 1-1 in the National League tie with Halifax.

The only player to score from Bromley was Michael Cheek (63'). James Cooke (65') was the scorer for Halifax.

Looking at their form, and Bromley have been scored against in 6 of their last 6 matches, seeing opposing sides hit 11 goals in all. Defensively, Bromley have not been doing too well. Even so, time will tell whether the trend shall be replicated in this next game.

It’s a low absenteeism rate, with just the lone fitness concern for the Dorking Wanderers gaffer Marc White to be concerned about from an otherwise complete group. Alfie Rutherford (Cruciate Ligament Rupture) is sidelined.

From a largely healthy group, there’s only the lone fitness problem for the Bromley boss Andy Woodman to contend with. Reice Charles-Cook (torn tendon) won’t be playing here.

In our view, Bromley and Dorking Wanderers are both more than capable of scoring here.

There shouldn’t be much in it, and a high-scoring draw looks to be quite a realistic result. That’s why we have predicted a highly competitive game with a 2-2 draw at full-time. 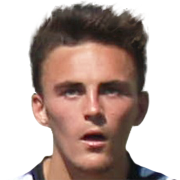 Mostly taking up the Striker position, Jimmy Muitt was born in Brighton, England. After having played his first senior match for Dorking Wanderers in the 2022 - 2023 season, the talented Forward has struck 2 league goals in the National League 2022 - 2023 campaign so far in 10 appearances.

We have made these Dorking Wanderers v Bromley predictions for this match preview with the best intentions, but no profits are guaranteed. Please always gamble responsibly, only with money that you can afford to lose. Good luck with your selections.