All Bromley v Hartlepool United game predictions, stats and user poll are shown below - as well as up-to-date odds.

Bromley will be hoping to bounce back here after the 1-2 National League losing effort in their last game against Chesterfield.

The only player to score from Bromley was Jude Arthurs (67'). Jack Clarke (51') and George Carline (76') scored for Chesterfield.

Andy Woodman's Bromley have seen rewards for their attempts on goal 10 times in their past six outings. At the other end, the tally of goals that have been scored against them in those same games is 7.

Coming into this contest, Bromley haven't lost in the league to Hartlepool United in their previous 4 games.

Hartlepool United will go into the match after a 3-1 National League win with the eclipse of Chesterfield in their previous game.

For Hartlepool United, goals were scored by Rhys Oates (5') and Luke Armstrong (43'). Josef Yarney (39' Own goal) and Fraser Kerr (60') scored for Chesterfield.

Looking at their form, and Hartlepool United have been scored against in 5 of their last 6 matches, conceding 7 goals overall. At the back, The Pool seem to have a bit of a soft underbelly.

Ahead of this clash, Hartlepool United have not been beaten in their last 9 league matches away from home. What a good run they have put together.

A review of their past head-to-head clashes stretching back to 19/08/2017 shows that Bromley have won 4 of these & Hartlepool United 1, with the tally of draws being 1.

In all, 17 goals were scored between the two sides during those clashes, with 12 of them from The Ravens and 5 belonging to The Pool. This gives an average number of goals per game equal to 2.83.

The previous league clash featuring these sides was National League match day 4 on 13/10/2020 when it finished Hartlepool United 0-0 Bromley.

Bromley manager Andy Woodman will be happy not to have any fitness concerns whatsoever before this clash owing to a completely healthy squad available for selection.

Thanks to a completely injury-free group ready to go, Hartlepool United manager Dave Challinor does not have any fitness concerns to speak of ahead of this game.

In our view, Bromley will have to work hard as a team to breach the defence of this Hartlepool United side who we think should emerge victorious.

We’re therefore expecting a narrow 0-1 advantage for Hartlepool United at the conclusion of the game. 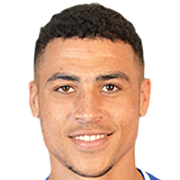 Mostly deployed in the Striker position, Courtney Duffus was born in Cheltenham, England. Having made his senior debut playing for Bury in the 2014 - 2015 season, the skilful Forward has managed to score 9 league goals in the National League 2020 - 2021 campaign to date in a total of 28 appearances.

We have made these Bromley v Hartlepool United predictions for this match preview with the best intentions, but no profits are guaranteed. Please always gamble responsibly, only with money that you can afford to lose. Best of luck.