Our Bromley v Notts County predictions, statistics and match poll can be seen below (including the best match odds).

Bromley will want to continue from where they left off last time out with the 2-3 National League triumph against Aldershot Town.

Andy Woodman's Bromley have celebrated scoring a sum total of 8 times in their last 6 outings. The comparative tally of goals that they have conceded in those fixtures stands at 6.

Ahead of this clash, Bromley have not registered a win against Notts County in their previous 2 league matches.

Notts County will go into the game following a 3-0 National League win with the eclipse of Weymouth in their previous match.

Over the course of their previous six outings, Notts County have amassed a total of 17 goals. The Magpies have also scored in every single one of those games. In that time, their defenders have seen 5 goals go against them. We will see whether or not that trend will end up being sustained into this next match.

The previous league game between these clubs was National League match day 23 on 15/05/2021 and the score finished Notts County 2-2 Bromley.

Bromley manager Andy Woodman does not have any fitness worries whatsoever coming into this clash with a completely injury-free group available for selection.

In an otherwise available group, there’s only the one fitness problem for the Notts County manager Ian Burchnall to be concerned about. Callum Roberts (Hip Injury) won’t be playing here.

We’re of the view that Notts County will have to perform well to put one past this Bromley side who we reckon will get the vital goal that wins it.

We therefore think that it’s going to be a narrow 1-0 winning score for Bromley at the end of the 90. 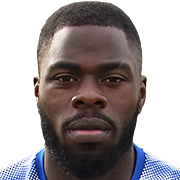 Typically played in the Striker position, James Alabi was born in England. Having made a first senior appearance for Scunthorpe United in the 2012 - 2013 season, the gifted Forward has got 7 league goals in this National League 2020 - 2021 season so far coming from a total of 35 appearances.

While we have made these predictions for Bromley v Notts County for this match preview with the best of intentions, no profits are guaranteed. Always gamble responsibly, and with what you can afford to lose. Good luck if you do place a bet today.