Return to this page a few days before the scheduled game when this expired prediction will be updated with our full preview and tips for the next match between these teams.
Over/Under 2.5 Goals Prediction for Stockport County vs Bromley
Under 2.5

Going into this one, Stockport County are without a win at home for the past 3 league matches. 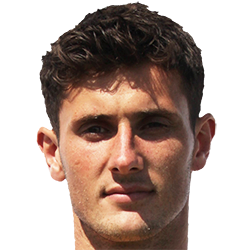 Mostly played in the Centre Midfield position, Elliot Osborne was born in Stoke-on-Trent, England. Having played his first senior match for Tranmere Rovers in the 2016 - 2017 season, the dangerous Midfielder has scored 9 league goals in the National League 2019 - 2020 campaign so far coming from a total of 33 appearances.

We have made these Stockport County v Bromley predictions for this match preview with the best intentions, but no profits are guaranteed. Please always gamble responsibly, only with money that you can afford to lose. Good luck!